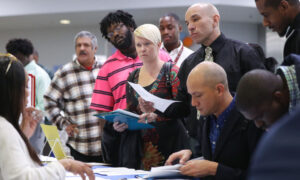 Your Money: As U.S. Unemployment Claims Surge, Know Your Status
0 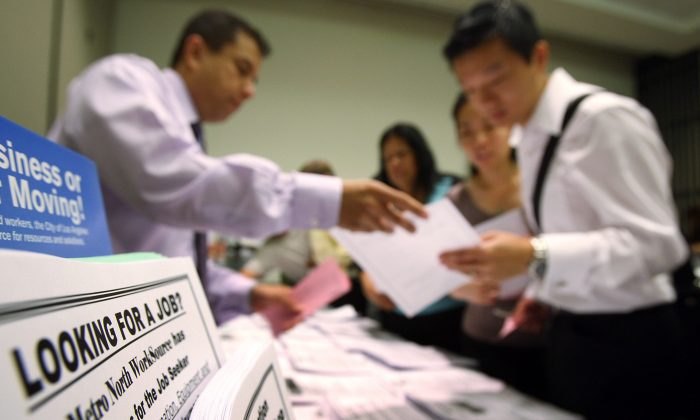 Job seekers look over job opening fliers at the WorkSource exhibit, a collaborative effort by governmental agencies to offer jobs and job training resources at the Greater Los Angeles Career Expo at the Pasadena Convention Center in Pasadena, Calif., on May 14, 2009. (David McNew/Getty Images)
US News

On top of ventilators, face masks and health care workers, you can now add COBOL programmers to the list of what several states urgently need as they battle the coronavirus pandemic.

In New Jersey, Gov. Phil Murphy has put out a call for volunteers who know how to code the decades-old computer programming language called COBOL because many of the state’s systems still run on older mainframes.

In Kansas, Gov. Laura Kelly said the state’s Departments of Labor was in the process of modernizing from COBOL but then the virus interfered. “So they’re operating on really old stuff,” she said.

Connecticut has also admitted that it’s struggling to process the large volume of unemployment claims with its “40-year-old system comprised of a COBOL mainframe and four other separate systems.” The state is working to develop a new benefits system with Maine, Rhode Island, Mississippi, and Oklahoma. But the system won’t be finished before next year.

“Literally, we have systems that are 40-plus-years-old,” New Jersey Gov. Murphy said over the weekend. “There’ll be lots of postmortems and one of them on our list will be how did we get here where we literally needed COBOL programmers?”

Coders Have Moved Away From The Aging Language

COBOL, which stands for Common Business Oriented Language, is a computer programming language that was developed back in 1959, according to the National Museum of American History.

“It’s a programming language that was used to create a very significant percentage of business systems over the period of the 60s, 70s and even into the 80s,” Joseph Steinberg, an expert on cybersecurity, told CNN.

But over time, coders have moved away from the aging language.

“The general population of COBOL programmers is generally much older than the average age of a coder,” Steinberg said. “Many American universities have not taught COBOL in their computer science programs since the 1980s.”

Yet, The Program Persists in Systems

Despite a dwindling number of COBOL programmers, a 2017 report by Reuters found that there are still 220 billion lines of COBOL in use today. 43 percent of banking systems are built on COBOL and 95 percent of ATM swipes rely on COBOL code.

Even in the federal government, COBOL is being used in agencies such as the Department of Veterans Affairs, Department of Justice, and Social Security Administration, according to a 2016 report by the Government Accountability Office.

With more than 44,000 COVID-19 cases in New Jersey, the last thing the governor should have to worry about are computer systems, Steinberg, the cybersecurity expert, said.

“Governors should not have to think about computer systems during a pandemic,” he said, “and we should have systems that if there are emergency situations, should not make the emergencies worse.”