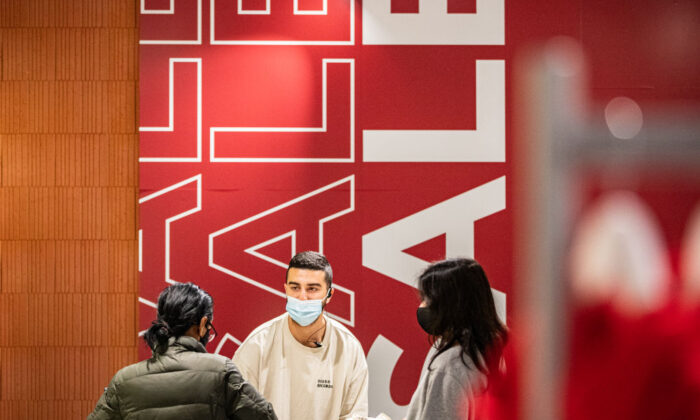 Peak business bodies are calling for state governments across Australia to abolish the seven-day isolation requirements for close contacts of people with COVID-19.

Business New South Wales (NSW) and the Victorian Chamber of Commerce and Industry said it was necessary to remove those rules to mitigate labour shortages.

They proposed that those identified as close contacts be permitted to work pending daily rapid antigen tests instead of self-quarantining.

Business NSW CEO Daniel Hunter said Australians could live and work with the novel coronavirus, given the high vaccination rates among the population.

“NSW and Victoria are Australia’s biggest economies, and the current isolation rules are providing a barrier to businesses as healthy people are forced to isolate unnecessarily,” Hunter said in a statement on April 19.

He also said it was inconsistent and unfair when NSW and Victorian airport staff were now exempt from the isolation rules while other workers were not.

“This needs to be fixed so that all businesses can have fair access to workers,” Hunter said.

“Business needs certainty, and we know that they are already struggling with supply chain issues and staff shortages.”

“We need to release the handbrake and enable businesses to operate at the maximum capacity possible and lead our economic recovery,” he said.

“Get vaccinated. If you’re sick, stay at home, but other than that, seven days of isolation is unwieldy,” he told the Nine Network.

“A lot of the rest of the world has got rid of it. I think it is time for us too.”

Currently, Victoria’s state government has lifted close-contact isolation requirements for many worker groups, including those working in education, emergency services, healthcare, and transport.

In the week commencing April 11, Victorian Premier Daniel Andrews signalled that the state could remove its isolation rules and vaccination requirements following the peak of the Omicron wave.

In a related development, a recent report by ANZ bank showed that businesses were passing rising costs on to customers, causing prices to increase substantially.

More specifically, selling prices growth rose by 0.9 percentage points to 2.3 percent in the March quarter, while retail prices went up by 3.7 percent during the period, almost doubling the growth in the previous quarter.

The report suggested that the change occurred because some businesses could no longer bear rising input costs. Additionally, customers’ expectations of higher inflation allowed more businesses to raise prices without worrying about losing market shares.