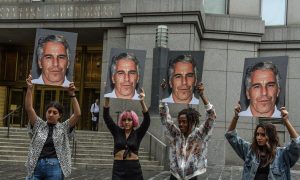 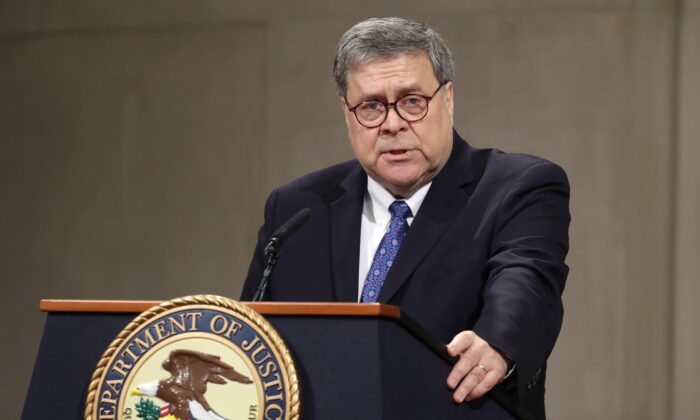 States should introduce laws that require an outside agency to conduct independent criminal investigations into police use-of-force incidents that result in death or injury in order to build public trust, the Justice Department (DOJ) recommended in a newly released report.

The report was released as part of a review conducted by the President’s Commission on Law Enforcement and the Administration of Justice. It was launched in January following an executive order that directed the department to study the state of American policing and determine specific measures to reduce crime and promote the rule of law.

The resulting report, issued on Dec. 22, provided 10 overarching proposals for change that addressed areas such as fostering respect for the rule of law, alleviating the impact of social problems, crime reduction, and the health and well-being of officers.

Some of the recommendations were aimed at promoting transparency and accountability when police officers use force. The study was conducted amid civil unrest sparked by the death of George Floyd on May 25, 2020, while in Minneapolis police custody. The report noted that while Floyd’s death and other similar incidents were relevant to the study, the review into police reforms to prevent abuses of authority was beyond its scope and covered under a separate executive order signed by President Donald Trump.

The commission’s recommendations include requiring law enforcement agencies to have well-documented protocols for conducting investigations of alleged officer misconduct and any uses of force; educating the community on their use-of-force policies; and using external agencies to conduct criminal investigations of use-of-force incidents that result in death or serious bodily injury.

“Infrequent as these incidents may be, incidents involving police use of force garner widespread public attention, which is often driven by social media, 24/7 news cycles, and social divisions within the nation,” the report states (pdf).

“When incidents of police use of force occur that result in death or serious injury, it is imperative that both prosecutor and law enforcement officers have transparent and effective protocols for handling such an event.”

The report also provided recommendations for other emerging issues, such as progressive district attorneys who are accused of refusing to enforce certain laws while pushing forward their own agendas.

Attorney General William Barr, who will be stepping down from his post before Christmas, and Deputy Attorney General Jeffrey Rosen, who will act in Barr’s position, have both condemned such prosecutors, saying that their decisions present a threat to public safety.

The phenomenon was addressed in the report, which found that the “categorical non-enforcement of certain laws―be it resisting arrest, petty theft, or certain drug crimes―imperils the rule of law and only exacerbates disrespect for law enforcement.”

It recommended that progressive DAs publicly share their non-enforcement policies to ensure transparency.

“The public deserves to know if and when prosecutors forego that discretion completely by refusing to enforce valid laws enacted by the people,” the report states.

“Given that categorical non-enforcement of a law is tantamount to its abolition, transparency and accountability demand that prosecutor’s offices publicly share written guidelines for non-enforcement priorities that correspond with community crime data and proven strategies for reducing crime.”

The report also urges state officials to provide oversight over progressive prosecutors by “conducting hearings and issuing reports to the public about the impact of those policies.”

“Where necessary, legislators should take legal action to prevent such policies from harming public safety,” the report states.

Other key recommendations include urging Congress to pass legislation to allow court-ordered access by law enforcement to encrypted data held on devices such as cellphones; and the need for a national law enforcement crisis hotline.

“We could not have foreseen the challenges 2020 would present when we set out to accomplish our goal of researching important current issues facing law enforcement and the criminal justice system. Yet despite these challenges, the commission produced a thoughtful and comprehensive report,” Barr said.