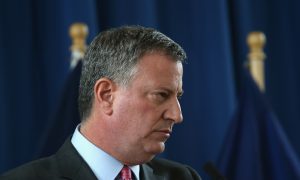 Ready or Not, Paid Sick Leave Bill Set to Start
0 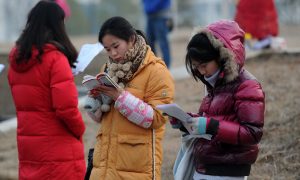 Politicians in some states are considering offering free tuition to community colleges, in order to boost postsecondary education for students and to create a well-qualified workforce for employers. The idea is to remove the barrier of tuition costs and fear of education debt.

Tennessee Gov. Bill Haslam wants to use lottery money to create a free community college program for high school graduates. It’s central to the Republican’s goal of making the state more attractive to potential employers by increasing the percentage of Tennesseans with a college degree to 55 percent by 2025 from 32 percent now. The Oregon Legislature is debating the idea, but a bill to offer free tuition succeeded in the Mississippi House and died in its Senate.

“More Americans need a college education,” said Dewayne Matthews, vice president for strategy and policy at the Lumina Foundation. Now about 40 percent of Americans graduate from college, and it should be 60 percent, he said. It’s a good idea, and “we are very excited that these governors are stepping up. We need to do this because more Americans need a college education … these proposals send a very powerful message.”

Making community college free is a practical way to boost educational attainment. Matthews said that the cost of such programs is surprisingly low, and therefore suggests it is not “denying the system dollars it needs.”

When all college is free, elites and higher-income students tend to dominate and leave few slots for poorer students, yet those wealthier students would have gone to college anyway. For example, Brazil made all postsecondary education tuition-free and then had few spaces available for poor students, according to Matthews. Making community college free is more likely to reach people who would not otherwise go to college, and therefore is more likely to boost educational attainment.

Yet critics argue that even the Tennessee and Oregon plans will cover costs for people who don’t need it. Tennessee and Oregon are looking at the Last-Dollar In model, where the state picks up the tuition not covered by other forms of aid. Because students from poor families often get their tuition covered by Pell Grants and other programs, the state money would disproportionately help those from more comfortable backgrounds.

“If you’re paying for two years for everybody, then you’re paying for students whose families can afford to do it,” said Kay McClenney, director of the Center for Community College Student Engagement at the University of Texas. “And is that your best use of dollars within the public interest?”

There are other concerns. Molly Corbett Broad, president of the American Council on Education, generally praised the bills, but said students are more likely to be successful if they have “skin in the game” and pay something toward their education.

Davis Jenkins, senior research assistant at the Community College Research Center at Teachers College at Columbia University, also believes it is better for students to have some skin in the game. People may be more likely to drop out if they think they have nothing to lose. He applauded Tennessee’s bill, which requires that students maintain a certain grade point average, and to volunteer, which he said is “really important, to do community service.”

Like Matthews, Jenkins said the program is “good in that it sends a message to people that college is affordable.”

One state with decades of experience in tuition funding is Georgia, where Gov. Zell Miller pioneered a generous postsecondary education program in 1993. Georgia’s Hope scholarships and grants are funded by a state lottery, similar to the Tennessee proposal. Unlike the Tennessee and Oregon ideas, Georgia students have access to the entire university system and technical colleges.

The Hope program has been tweaked slightly over the past 20 years, and remains a popular and essential part of Georgia’s education landscape. It has been a success, according to John Light, spokesman for the Technical College System of Georgia.

“We’re very grateful for the Hope program, because we see what it’s done for our students, a lot of whom could not have afforded college,” he said. “It makes me feel a lot better about the future.”