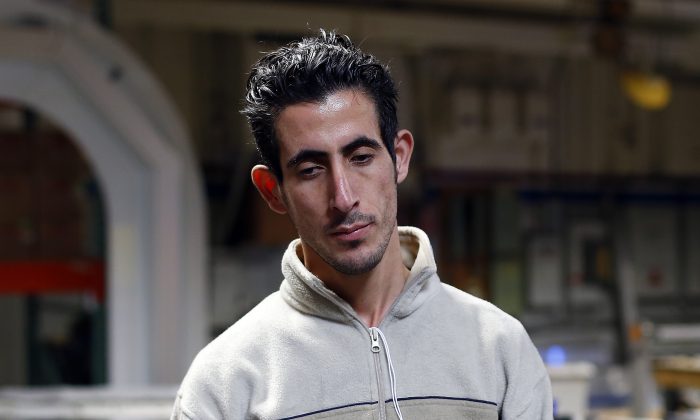 As dozens of governors in the United States voice their rejection of Syrian refugees, legal experts say they lack the legal authority to do so.

Lavinia Limon, president and CEO of the U.S. Committee for Refugees and Immigration, told the Associated Press that under the Refugee Act of 1980 governors cannot legally block refugees.

Each state has a refugee coordinator, a post created as part of that law, she said. Funded by the federal government, the post coordinates resettlement efforts with agencies such as hers and directs federal funds for refugees.

But even without legal authority, the fact that the governors are saying their states won’t welcome refugees could be enough to prevent any from resettling there.

“My suspicion is that if a state was firmly opposed to having Syrian refugees in their borders then as an initial matter, the government might choose to put them somewhere else,” Jack Chin, a law professor at the University of California at Davis, told Yahoo.

“Why fight that fight?”

More than half of U.S. governors say they oppose letting #SyrianRefugees into their states https://t.co/ljFxak20If pic.twitter.com/cfOsb7d2yx

Westy Egmont, director of Boston College’s Immigrant Integration Lab, also noted that the 1980 law has never been challenged by states.

“I don’t know of any case law that would precede this where a state has said no, and the federal government had to exercise its power through a lawsuit,” he said. “I do not think it’s been tested.”

To officially deny entry to Syrians, governors would have to appeal to Congress to change the law and specifically exclude Syrians from the refugee program for foreign policy reasons. This would likely be deemed constitutional, Chin said.

The debate about legality comes after at least 27 governors announced in the last two days that Syrian refugees are not welcome in their states following the Paris terror attacks.

The stance came about because at least one of the terrorists posed as a refugee and was able to travel from Syria to France with little vetting.

“As governor of Texas, I write to inform you that the State of Texas will not accept any refugees from Syria in the wake of the deadly terrorist attack in Paris,” Governor Greg Abbott wrote in a letter to President Barack Obama.

“Further, I – and millions of Americans – implore you to halt your plans to accept more Syrian refugees in the United States. A Syrian ‘refugee’ appears to have been part of the Paris terror attack. American humanitarian compassion could be exploited to expose Americans to similar deadly danger. The reasons for such concerns are plentiful.”

On the other hand, six governors said their states will accept refugees without any changes to the security measures currently in place. Those states are Connecticut, Delaware, Colorado, Vermont, Washington, and Pennsylvania.

Obama said in a news conference on November 16 that he’s determined to keep accepting Syrian refugees, with no changes after the Paris attack.

He also called the idea that the U.S. should accept only Christian refugees as “shameful.”