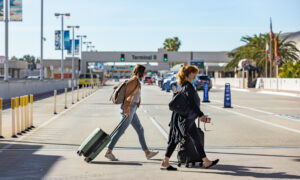 Amy Fabbrini and Eric Ziegler’s two sons were taken away from them before they could begin making memories as a family—all because the parents scored below average in their IQ tests.

The couple from the city of Redmond, Oregon, has been fighting the state for nearly four years, trying to prove that they have the intellectual capacity to raise two children by themselves. But the Department of Human Services says they are unable to be good parents because of their poor mental ability, The Oregonian reports.

In 2013, the parent’s first-born, Christopher, was taken from them soon after birth by the Oregon State government and put into foster care. According to court documents, the reasoning behind this was because both parents demonstrated “limited cognitive abilities that interfere with [their] ability to safely parent the child.”

This year the couple had a second son they named Hunter, but the couple did not even have a chance to take him home—the State took him as well, this time while they were still in the hospital.

The trouble started after the couple’s family members started warning the state’s child welfare department of issues and problems with their first son. Most of the warnings came from Fabbrini’s 74-year-old father who said: “She doesn’t have the instincts to be a mother.”

The father, Raymond Fabbrini, said he never had a good or close relationship with his daughter, calling her a lazy child.

When the state’s Department of Human Services started investigating the family, it didn’t find evidence of abuse, but did find signs of the parents struggling to handle some things because of their poor mental ability.

A worker from non-profit anti-child abuse group MountainStar recalled having to prompt the parents to tell their son Christopher to wash his hands after using the toilet and to apply sunscreen to all of his skin rather than just his face, The Oregonian reported.

But the couple’s attorney argues these incidents were not sufficient reasons to keep them from their son.

“I have a learning disability, but it’s very, very mild,” Ziegler told The Oregonian. “Everybody learns at their pace.”

Fabbrini formerly worked as a grocery clerk and Ziegler worked as a carpet layer, but now Ziegler receives Social Security benefits due to his mental disability.

Neither of them are currently working, but they have stable housing—a three-bedroom home owned by Ziegler’s parents who live out of state. Ziegler has a driver’s license and both have high school diplomas.

The reporter from The Oregonian, Samantha Swindler, said that after multiple in-person and on-phone interviews with the couple, they seemed to be capable and caring adults frustrated at how events have played out.

“We’ve just done everything and more than what they’ve asked us to,” Fabbrini said.

“It doesn’t seem like it’s good enough for them,” Ziegler added. “They’re saying, ‘Who would parent Christopher better, the foster parents or the parents?’ It is basically what they’re going on.”

Sherrene Hagenbach, a former volunteer from the state agency that worked with the couple, said her services were shut down after she told the state she believed the couple was capable enough to raise their sons. Hagenbach, who is a professional mediator and a board member of regional support system Healthy Families of the High Desert, has since been advocating for the parents.

“They are saying they are intellectually incapable without any guidelines to go by,” Hagenbach told The Oregonian.

The couple’s lawyer last year fought for the parent’s case in a June 2016 hearing.

“This is a case that just simply presents this question to the court, and that is: What level of disability denies human beings the right to raise a child. There’s no smoking gun evidence of abuse,” Fabbrini’s attorney argued at the hearing.