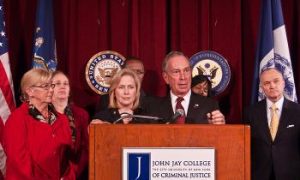 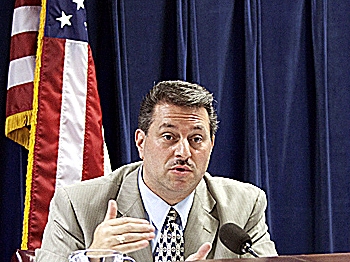 Also testifying were Dick Dadey of Citizens Union, Assemblywoman Joan Millman, Larry Norden of the Brennan Center, Robert Donovan of the Democratic Lawyers Council, Hazel Scottie Coads of the NAACP, and Kate Doran of the League of Women Voters.

Public Advocate Bill de Blasio, using a strong word like "chaos," was apparently appalled by the difficulties voters were faced with on primary day, and called on the Board of Elections to provide voters with a full account of the problems encountered, and present “a clear plan to ensure voter privacy, timely opening of poll sites, and properly trained poll workers on Election Day.”

De Blasio’s outrage contrasted with cochairman of the New York state Board of Elections Douglas A. Kellner’s sentiment, who said he was “very pleased overall” with the first election to use the new ballot scanners statewide.

State Sen. Joseph P. Addabbo Jr. (D-Howard Beach), chairman of the meeting, held that the problems of late poll openings and lack of voter privacy are similar to those seen with the introduction of the new voting machines of a pilot program in 47 upstate counties in 2009. He relayed the concerns voiced by voters and poll workers: voter privacy, compromised by ballots not easily detached from ballot pads because of poor perforation—and the ballots print size made it difficult for voters to read them.

Douglas Kellner suggested, “If a voter complains that it’s too hard to read the ballot, that voter should be using the ballot marking device, which has a large-type screen that makes reading the ballot very easy.”

Measures taken by the Board of Elections as a result of the hearing will include revised ballot pads, with better perforation, and design enhancements such as darker lines to help better distinguish the candidates, and the different offices they are running for (the size of the print cannot be made larger before Election Day), additional training on Election Day procedures for election coordinators, the positioning of the privacy booths will be re-evaluated, as well as other privacy related issues such as the required privacy sleeves.

Another significant issue to be addressed before the November election is the early opening of the poll sites, and the preparation of the machines and materials to improve on starting on time.

The Board of Elections also expressed its intention “to have multiple discussions with the New York City Police Department and the Department of Education” but signaled that it “received far less funding than it requested in the city budget.”

Voters can still call Sen. Addabbo’s office at 718-497-1630 to report any concerns or issues they encountered on primary day.