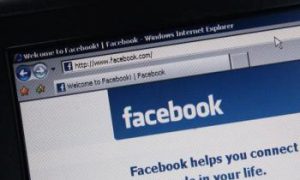 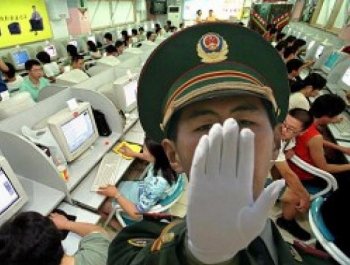 By He Aifang
Print
China’s top legislature has adopted an amendment to its State Secrets Law, explicitly requiring telecommunications operators and Internet service providers in China to cooperate with public and state security officials’ investigations of state secret “leaks.”

The April 29 amendment to the 1989 Law on Guarding State Secrets will take effect Oct. 1. The new law is seen by analysts as vague and an effort by the regime to further tighten its stranglehold over the Internet and over freedom of speech by enlisting third parties in the struggle against dissent.

The Wall Street Journal and other western media think the definition of state secrets in the amended law is vague. Almost any information can be classified as a state secret in China, and even information publicly circulated can be designated as such if the authorities decide it causes damage to the economic interests of the state.

According to the draft law, telecoms and Internet providers must detect, report, and delete information that discloses state secrets, and they must cooperate with relevant authorities on investigations.

“Information transmissions should be immediately stopped if they are found to contain state secrets,” Xinhua said. Once a leak is discovered, records must be kept and operators must report it to department-related authorities. Such information concerning state secrets must then be removed according to orders by relative authorities.

Rights defender Ai Weiwei, in an interview with Radio Free Asia, said the definition of a state secret is not clear based on the new law. The authorities could arbitrarily charge anyone with disclosing what they define as state secrets, that is, anything they do not want to have revealed to the public. In reality, ordinary people are less likely to have access to state secrets, he said. It is the corrupt officials—by the thousands—who have fled China with state secrets from different levels of government in their pockets along with millions of yuan in stolen government funds.

Li Hongkuan, an analyst on China Internet Network Affairs currently living in the United States, said that Chinese authorities are attempting to legalize Internet censorship through legal measures. In the guise of the law, they can centralize control of state secrets according to the needs of the authoritarian regime.

Some representatives of the National People’s Congress (NPC) expressed their concerns about possible misuse of classifying information.

Zhu Yongxin, deputy of the NPC, quoting a report from state-controlled media people.com, said, “Today no other country on earth has more state secrets than our nation. Under the banner of guarding state secrets, corruption runs rampant in the country.”

Zhu also said government agencies and institutions should have a definite provision of what constitutes a secret and what does not.

Zhu said, “In southwestern China’s Sichuan Province, villagers in more than 20 villages received loan notices from local credit cooperatives where they had not made loans before. When they inquired about the matter, the banks refused to provide any information because of ‘confidential secrets’ release restrictions.”

Another deputy, Xu Zhenchao, said, “Identifying what is a state secret is not easy in practice, as the term ‘state secrets’ has been abused in the country.”

Xu also said authorities should adopt legal measures to ensure people have the right to know about important matters, and provide necessary assistance to people for their right to know. No one should interfere with or obstruct people’s right to know.