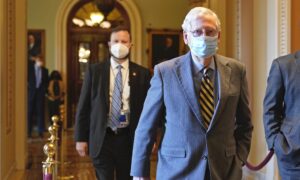 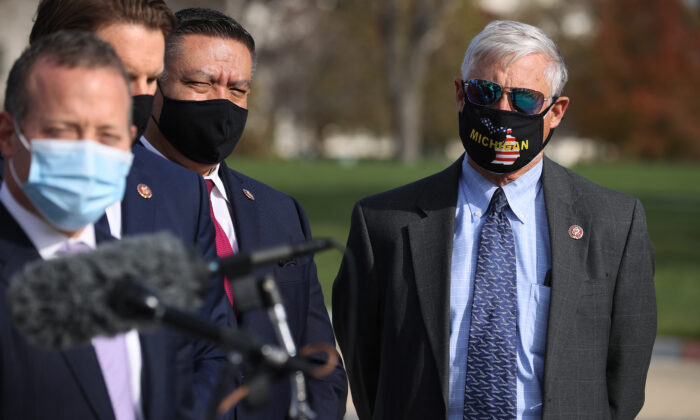 Republicans who joined Democrats in voting to impeach President Donald Trump this week faced harsh criticism from Republican parties in their states.

While zero Republicans voted to impeach Trump last year, 10 crossed the aisle in the Jan. 13 vote.

Cheney was the most high-profile vote. She’s the No. 3 Republican in the House, and the daughter of former Vice President Dick Cheney.

The Wyoming Republican Party said its phone was ringing nonstop while its email inbox was filling up and its website was seeing a deluge of traffic.

“The consensus is clear that those who are reaching out to the Party vehemently disagree with Representative Cheney’s decision and actions,” the party said in a statement.

“Representative Cheney is in Washington, D.C. to represent Wyoming’s interest, not the interest of the beltway elites. President Trump did not incite anyone to riot. Read the transcript of what he said and watch the video,” the Wyoming GOP said, listing two examples of comments it received from voters.

“This is a vote of conscience. It’s one where there are different views in our conference. But our nation is facing an unprecedented, since the civil war, constitutional crisis. That’s what we need to be focused on. That’s where our efforts and attention need to be,” she added.

The Conservative Party of New York State said it is “very disappointed” with Katko’s support of impeachment. “We consider his action ill-informed. It will do nothing to end the national divide and will likely further aggravate it,” it said in a tweet.

Katko said on the House floor this week that “the president’s role” in the Jan. 6 attack on the Capitol “is undeniable.”

“Both on social media on Jan. 6 and in his speech that day, he deliberately promoted baseless theories, creating a combustible environment of misinformation and division,” Katko said.

“Democrats have been looking for any excuse to get rid of President Trump ever since he set foot in the Oval Office,” McKissick said in a statement. “We completely disagree with this sham and to say I’m severely disappointed in Congressman Tom Rice would be an understatement.”

Rice, who voted for both electoral vote objections on Jan. 6 and suggested on Monday he opposed impeaching Trump, announced Wednesday that he considered what happened an “utter failure” for Trump.

“Under the strict definition of the law, I don’t know if the President’s speech last Wednesday morning amounted to incitement of a riot, but any reasonable person could see the potential for violence,” Rice said. The congressman also noted that Trump didn’t immediately condemn the violence, though he later that day called for protesters to go home.

The Republican parties of Ohio, Illinois, Washington state, California, and Michigan haven’t commented on the impeachment votes. All but the Ohio GOP didn’t respond to requests for comment; the Ohio GOP couldn’t be reached.

The Michigan Republican Party shared a tweet from Meijer on Tuesday that was unrelated to the impeachment, while California GOP Chair Jessica Millan Patterson tweeted Tuesday that “we are excited” to have Valadao back in Congress.