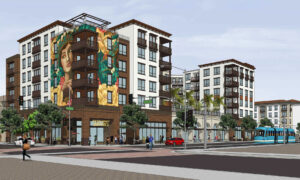 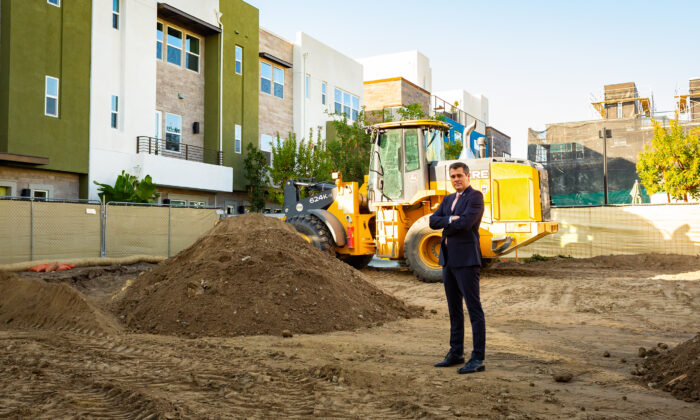 Cities throughout Orange County, California, are appealing state-mandated quotas to build more high-density and affordable housing. Some local officials say the quotas are too high and have been shifted unfairly from nearby counties.

Irvine, Newport Beach, Yorba Linda, Huntington Beach, Laguna Beach, and Mission Viejo are among the cities that have launched appeals with the Southern California Association of Governments (SCAG), which are scheduled to be heard through Jan. 22.

At the group’s Jan. 7 meeting, Kome Ajise, the executive director of SCAG, said the organization had received 31 letters from 48 different jurisdictions contesting the state’s “regional determination” for affordable housing.

The fight over affordable housing—and particularly where it will be located—revolves around the state’s Regional Housing Needs Assessment (RHNA) report, which determined the areas where approximately 1.34 million new housing units are scheduled to be built over the next eight years.

Proponents say more affordable housing is desperately needed in a state enduring a deadly pandemic and with a booming homeless population. But cities throughout Orange County want their mandated numbers drastically reduced, saying they haven’t been appropriately allocated.

The RHNA is based on a 1969 California state law that requires all California cities, towns, and counties plan for the housing needs of residents regardless of income.

As part of the RHNA, the California Department of Housing and Community Development (HCD) determines how many new homes must be built—and how affordable those homes must be—to meet state housing goals.

RHNA operates on eight-year cycles and is about to enter its sixth cycle, from October 2021 to October 2029.

As part of the current assessment, Irvine has been allocated 23,554 affordable housing units, Newport Beach 4,834 units, and Yorba Linda 2,411 units.

Each city wants to cut its allocation by thousands. Irvine has requested to have its allocation cut by 8,259 units; Newport Beach has asked for a reduction of 2,426 units; and Yorba Linda wants to see a 2,200-unit or more reduction from its initial 2,411-unit allocation.

The problem, Anaheim’s O’Neil says, is that the state’s housing goals are too lofty.

“I think it’s really overzealous to say that in the Southern California region we need 1.34 million units in the next eight years. I don’t think the need is that high,” he told The Epoch Times. “That’s just what the state tells us, based on all of their formulae, calculations, and growth projections.”

He said the numbers are “counterintuitive, when every day we read another article about people leaving California to go to another state.”

“The big issue that we need to deal with right now is going after the state to get that regional determination number reduced,” he said.

Some cities in the county, including Yorba Linda, have filed an appeal on behalf of Santa Ana—requesting that Santa Ana be allocated 10,000 additional units. While those cities think their own allocations are too high, they think Santa Ana’s is too low for its needs.

A California State Auditor report released in November 2020 suggests the state “must overhaul its approach to affordable housing development” to help millions of Californians.

The report found that “California’s ongoing affordable housing shortage has contributed to the homelessness crisis and has left more than three million renter households with burdensome housing costs.”

“The State’s ineffective approach to planning and financing development of affordable housing at both the state and local levels” was cited as one of the main causes of the shortage. The report called for more state oversight.

But Yorba Linda Mayor Peggy Huang, a SCAG regional council member, told The Epoch Times that too much state control is the problem in the first place.

Huang said the state’s housing expectations are unrealistic and the methodologies used to calculate regional quotas are flawed.

Because of the high-priced real estate in many Orange County cities, developers can’t build apartments with affordable rent, she said. Some builders have told her that in some areas of Orange County it would cost $500,000 per unit to build a six-story apartment complex, “and that’s for an apartment that is less than 1,000 square feet.”

She blamed state lawmakers for allowing the HCD to ride roughshod over cities, leaving them hamstrung to deal with local housing needs. “They think that HCD has the final say over the methodology and the allocations,” she said.

She accused the state of pressuring local governments to rubber-stamp quotas, and criticized the political push to rezone areas currently designated for single-family homes to accommodate high-density housing.

But the call for more state control was emphasized in the State Auditor Report’s summary, and backed by a Nov. 17 letter addressed to Gov. Gavin Newsom and state legislators from Auditor Elaine M. Howle that called for stronger state oversight.

The report called for a “far more effective statewide plan” and greater oversight over “the billions of dollars available for construction.”

“At the local level, state law and state oversight are not strong enough to ensure that cities and counties … are doing their part to facilitate the construction of affordable housing,” the report stated.

Huang said she remains skeptical of the report’s findings, which she suggested could lead to greater inefficiency over local housing policies, further compounding the problem.

“The Legislature and the governor are trying to give Sacramento even more power,” she said. “We don’t have any say over it at all.”

A Shift in Units

Huang and O’Neil both told The Epoch Times that other Southern California cities worked to get wealthier areas to take on more housing units than initially allocated.

They both accused Los Angeles Mayor Eric Garcetti and former Riverside Mayor Rusty Bailey of orchestrating a shift of tens of thousands of housing units from Riverside to Orange County cities by manipulating a last-minute change in methodologies used to divide the 1.34 million RHNA regional allocation.

“Riverside County, with abundant available, cheap, and buildable land, apparently felt they were being allocated too much. Los Angeles County, with their affinity for dense housing and mass transit, didn’t pass up the opportunity to impose their will on suburban Orange County,” O’Neil said via email.

“And so just days before the vote, the two of them conspired and crafted their own distributive methodology that essentially shifted large allocation from Riverside and San Bernardino onto Orange County.”

“We have very little available land, and it’s expensive. Our only option to comply is more density, but that was likely by design,” he said in the email.

“These types of policies that are continually pushed upon us by the likes of Sacramento and Los Angeles only serve to erode local control and socially engineer people into living in a manner that they approve.”

Garcetti’s office didn’t respond to a request for comment by The Epoch Times prior to publication, but noted the Los Angeles mayor would speak at the Jan. 7 SCAG meeting. Garcetti spoke at the meeting but didn’t discuss housing quotas, talking instead about climate change.

Phil Pitchford, a public information officer for Riverside, told The Epoch Times via email: “The City of Riverside has participated in the RHNA process to advocate for housing development across the Southern California region, in order to ensure that every region does its fair share in resolving our housing crisis. We look forward to working with our fellow SCAG members to continue to address this critical need in the region.”

Yorba Linda’s Huang said it’s clear that many cities are upset with the regional determination and the shift of more units to their areas.

“They’re up in arms right now,” she said.

The “late release” of the SCAG staff-recommended RHNA allocation was a “departure from the spirit of transparency and collaboration that has marked the process to date,” Shea wrote.

“The sixth RHNA cycle has been years in the making, yet the recommended methodology is only being shared with the public and the affected jurisdictions a couple of weeks before it is to be voted on.”

Shea noted that “the calculation tool that allows cities to see their estimated allocation” was released only three working days prior to vote of the subcommittee.

“Beyond the general concerns about lack of transparency, the City of Irvine has several specific concerns due to significant late changes to the methodology and lack of sufficient vetting of newly included data,” she wrote in the letter.

During public hearings over the next two weeks, its members will hear the appeals, debate, and decide where affordable housing will be built in the region over the next eight years.

As Ajise said, “We are in the throes of the appeals process.”