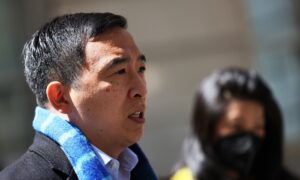 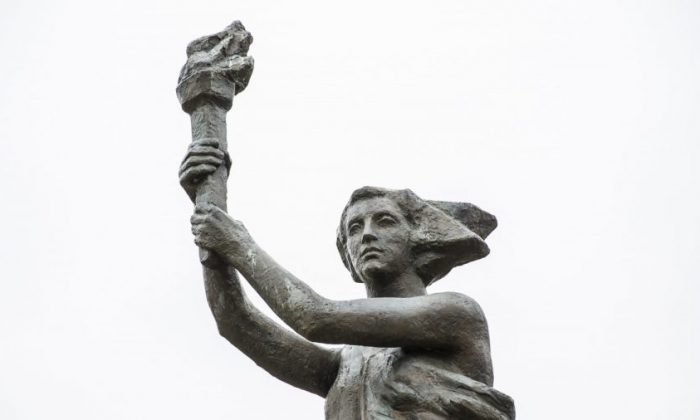 The Commonwealth of Virginia had announced that it was joining President Donald Trump and the White House on the National Day for the Victims of Communism, Nov. 7, in commemorating victims of communism.

President Trump released a statement on Nov. 7 to commemorate the more than 100 million people who died under oppressive regimes guided by communism, an ideology rooted in atheism and struggle.

“On the National Day for the Victims of Communism, we honor the memory of the more than 100 million people who have been killed and persecuted by communist totalitarian regimes,” the statement said.

“We also reaffirm our steadfast support for those who strive for peace, prosperity, and freedom around the world.”

Virginia has led the charge in being the first legislature to establish a #VictimsOfCommunismDay. Here’s why other states should too: https://t.co/ZoijRVFMtX

The Victims of Communism Memorial Foundation, a non-profit, says America has never had a day recognizing the victims of communism prior to Nov. 7, 2017.

Lawmakers from Kansas, South Carolina, Pennsylvania, and Texas have committed to sponsoring similar resolutions in their states, according to ALEC.

Millions of Victims Since the Bolshevik Revolution

It was 101 years ago, in 1917, that Vladimir Lenin had led a small group of Red Guards to seize the Winter Palace in Russia in what would become known as the Bolshevik Revolution. They formed the first communist government, which lead to decades of torture, starvation, incarceration, unnatural deaths, and the birthing of other communist regimes throughout the world.

Today is the anniversary of the 1917 Bolshevik Revolution in Russia. It was the first time Marxism gained political power which proved a disaster for humanity. The tragedy still unfolds in China, Cuba, Laos, North Korea, Vietnam, and now Venezuela. Enough!https://t.co/rG7eZdY1QH

“Since the 1917 Bolshevik Revolution in Russia, we have witnessed the effects of the tyrannical communist ideology—anguish, repression, and death,” Trump said in his statement.

“Communism subordinates inherent human rights to the purported well-being of all, resulting in the extermination of religious freedom, private property, free speech, and, far too often, life.”

“These horrors have included Ukrainians deliberately starved in the Holodomor, Russians purged in the Great Terror, Cambodians murdered in the killing fields, and Berliners shot as they tried to escape to freedom.

“The victims of these and many other atrocities bear silent testimony to the undeniable fact that communism, and the pursuit of it, will forever be destructive to the human spirit and to the prosperity of mankind,” he added.

Today, many people still suffer under the iron fist of communist ideologies, including in the socialist state of North Korea with its complex system of labor camps, and in communist China where citizens are indoctrinated with secularism and materialism from birth, and persecuted if they choose to believe in non-state sanctioned ideas, including schools of thought such as Falun Gong, Christianity, Tibetan Buddhism, and Islam.

Marion Smith, the executive director of Victims of Communism, thanked the President for his message via Twitter and also noted that Communism is not a bygone phenomenon—it continues to grip many nations today.

We just published our Third Annual Report on US Attitudes Toward Socialism. It confirms that most Americans still lack a serious understanding of socialism and communism. Read findings here: https://t.co/qL6Vbr4wge pic.twitter.com/G2aua1CgL0

In the White House statement, Trump said that on the day marking 101 years since the Bolshevik Revolution, “we remember all who have been denied the great blessings of life, liberty, and the pursuit of happiness under oppressive communist regimes.”

“Together, we mourn the unbearable losses so many have endured under communism, and we renew our pledge to continue advancing the cause of freedom and opportunity for all.”

Beneath its facade of “liberation” and “equality” is a system that aims to destroy the foundations of social harmony, pushing instead an ideology of hatred and struggle.