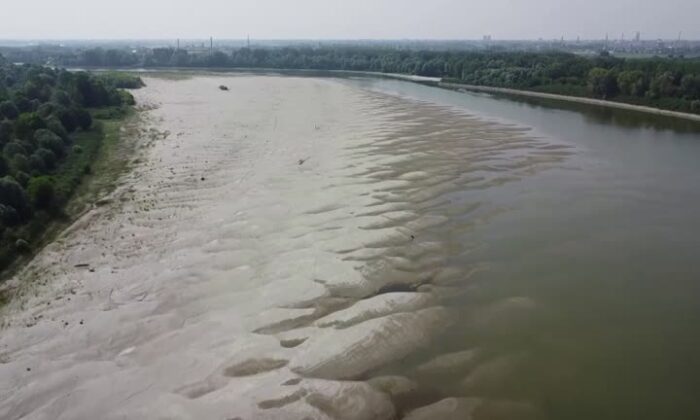 The Italian government has declared a state of emergency in five of its northern regions that are facing their worst drought in seven decades.

The state of emergency is applicable in Piedmont, Friuli-Romagna, Friuli-Venezia Giulia, Lombardy, and Veneto until Dec. 31. The government has announced 36.5 million euros ($39.5 million) in funds to help tackle the water shortage.

The emergency declaration will allow authorities to take whatever action they deem necessary to deal with the situation without having to go through red tape. This includes measures like water rationing for businesses and homes.

“The state of emergency is aimed at managing the current situation with extraordinary means and powers, with relief and assistance to the affected population,” a government statement said, according to Reuters. The emergency measures cover the lands that border the Po River and the water basins located in the eastern Alps.

Multiple municipalities have announced water rationing. In Verona, home to a quarter-million people, the local administration has rationed drinking water. Until Aug. 31, citizens have been banned from using drinking water for watering gardens, sports fields, and vegetable patches. The ban also extends to filling swimming pools and washing cars.

Pisa, home to almost 350,000 people, has also implemented similar restrictions. In Milan, decorative fountains have been shut down. The drought has also hit hydroelectric power production, which accounts for almost 20 percent of the total energy output in the country.

The Po River is the largest river in Italy, running through over 400 miles in the northern region. In recent times, many stretches of the waterway have run dry.

Farmers have complained about the flow of Po being so weak that seawater is seeping into inland regions and destroying crops. Rising salt levels from the seawater bring with it the risk of crop loss and desertification.

In the past four months, it has barely rained in the Po Valley region which accounts for around 40 percent of the country’s food. The Po River is currently seven meters below average. Though farmers are trying to deal with the water crisis, they are largely pessimistic about the issue.

“The future of the harvest is uncertain. What is certain is that if this drought persists it will do enormous damage,” Giovanni Daghetta, the owner of a 325-hectare rice farm in the province of Pavia, told Euronews. “For now, irrigation is the main problem. We have had to use water pumps, which are very expensive, to water our fields.”

According to estimates by the National Confederation of Direct Farmers (Coldiretti), the Po Valley drought puts at risk over 30 percent of Italy’s agricultural production.