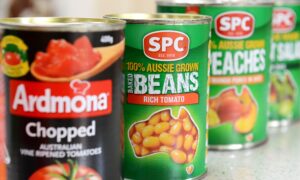 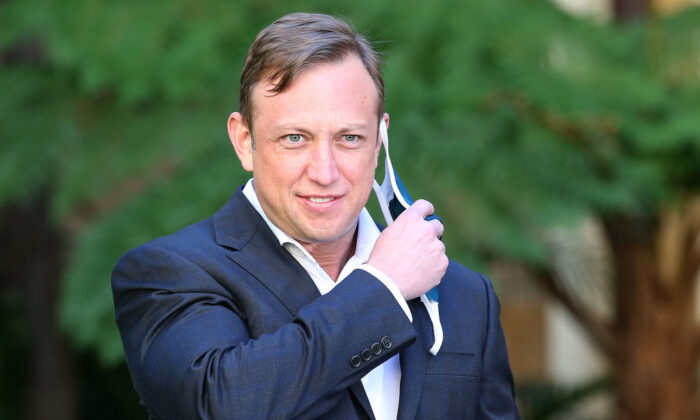 Queensland state deputy leader Steven Miles has labelled protests against COVID restrictions on the state border as “shameful and reckless,” after over 1,000 residents from Coolangatta and Tweed—which saddles the state border—gathered to protest against tighter border restrictions.

Deputy Premier Miles said the protests were very “un-Queensland like.”

“We have gotten through this because Queenslanders do the right thing. We’ve kept each other safe,” he told reporters. “I’ve been to a lot of protests, I’ve organised a lot of protests, I love a good protest, but now is not the time for protests, particularly on the border.”

Residents in the region regularly cross between the state border to access services.  However, new restrictions were introduced on Friday evening, a week after the whole of NSW entered into lockdown to contain the spread of the Delta variant of the CCP (Chinese Communist Party) virus, commonly known as the novel coronavirus.

Most of the cases have been in the Greater Sydney area—about 800km away—with sporadic outbreaks in the regions. The northern NSW area, closest to the border, has no active cases except for a man and his two teenage children, who travelled to Byron Bay from Sydney last month.

The border restrictions have also stopped all individuals entering Queensland except for those deemed to be essential workers in skilled construction, farming, or healthcare. They must also prove a Queensland resident cannot do their job.

Entrants also need to prove they have received at least one dose of the vaccine.

Queensland Chief Health Officer Dr. Jeanette Young said only those who deemed “genuinely, absolutely, critically essential” would get through the border.

“It needs to be someone where they can’t find that skillset in Queensland,” she told reporters. “It’s very tight.”

Miles stood by the Queensland government’s decision saying it was a “privilege” to cross the border.

“I think anyone who expected to be able to access that privilege should be able to get vaccinated. It’s not too much to ask,” he said.

The NSW government has also shut down a proposal to move the border further south, with Deputy Premier John Barilaro saying, “If you move that border, that cliff edge becomes another border for another community.”

“If you start dividing up NSW, you’ll cause more problems than actually solving solutions,” he told reporters.

One rallygoer from Pottsville in northern NSW said the border restrictions cut her off from her job.

“I was working [across the border], and now my source of income has been cut off, so I’m forced to be dependent on the government,” she told the ABC.

Tourism is a major industry in the region, with interstate travel being a key driver for businesses.

“Last year, it was a really strong feeling that we’re all heading in the same direction,” she told the ABC.

“Team Australia doesn’t exist anymore—we’re now building empires, and we need those empire builders to start talking to each other and remember we are one Australia.”