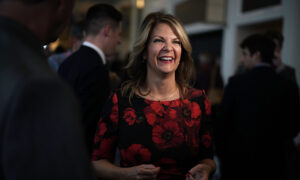 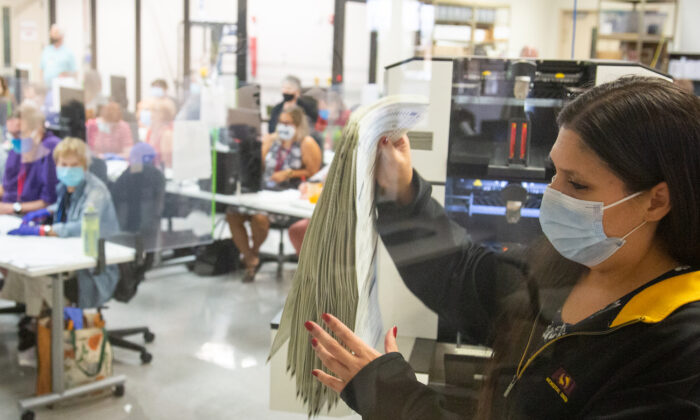 Election-related lawsuits from Republicans and the Trump campaign were rejected by state judges in Arizona and Pennsylvania on Thursday.

In Arizona, the Republican party filed a lawsuit seeking a new audit of ballots in Maricopa County, the most populous county in the state. Their lawsuit (pdf) filed last week had accused the county of having violated state law by not assigning voters polling places in their own precincts, as had been the traditional practice in prior elections. Voters were instead free to cast their ballots at any polling center in the county.

Maricopa County Superior Court Judge John Hannah rejected (pdf) the lawsuit with prejudice, thereby barring the Republican party from refiling the case. He denied the party’s request for an injunction to block Maricopa County from officially certifying its results.

He had little explanation in this ruling, saying only that the GOP’s request to amend its lawsuit was futile. He promised a full explanation of his reasons for the decision in the future.

The state is set to certify its votes on Friday, Nov. 20, and it’s unclear whether the party plans to appeal the decision.

Arizona’s Secretary of State Katie Hobbs, a Democrat, said in a statement on Thursday, “Another frivolous lawsuit has failed. Elections officials ran this election and counted the votes in accordance with Arizona law. It’s time to stand up for the truth.”

“Arizona voters deserve to have complete trust in their election procedures. They should also have supreme confidence that only legal ballots were counted in the 2020 election,” Ward said in a statement to media outlets. “Failure to address their concerns actively harms our state and our nation.”

“This election has been fraught with tension as voters were forced to adjust to new election procedures put in place because of COVID-19, as well as organized efforts by Democrats across the country, which helped lead to a wildly different voting process than in years past,” she said. “Because of this, I stand by my call for a full hand-count audit of our state’s election results.”

In Pennsylvania, a state judge rejected the Trump campaign’s bid to invalidate 2,177 ballots in Bucks County.

Judge Robert Baldi of the Bucks County Court of Common Pleas ruled that the 2,177 ballots will be counted and that a move to invalidate them would disenfranchise voters. In his opinion (pdf) he disagreed with plaintiffs’ different assertions with regard to what voters are compelled to do to have their ballots be accepted as valid.

The Trump campaign’s lawyer said in an agreed-upon stipulation (pdf) that there is no evidence of fraud, misconduct, impropriety, and undue influence in Bucks County’s election. Baldi wrote in his opinion acknowledging this stipulation.

“It must be noted that the parties specifically stipulated in their comprehensive stipulation of facts that there exists no evidence of any fraud, misconduct, or any impropriety with respect to the challenged ballots. There is nothing in the record and nothing alleged that would lead to the conclusion that any of the challenged ballots were submitted by someone not qualified or entitled to vote in this election,” he wrote. “At no time did Petitioners present evidence or argument to the contrary.”

Separately in Pennsylvania, in a win for Republicans, the Pennsylvania Commonwealth Court decided on Thursday that 2,349 absentee ballots missing a date should not be counted. The 2-1 decision (pdf) sided with a Republican state Senate candidate who contested the validity of the ballots over a lack of a date of the voter’s signature on the outside envelope of the ballot.

Pennsylvania is set to certify its vote totals by Monday, Nov. 23.