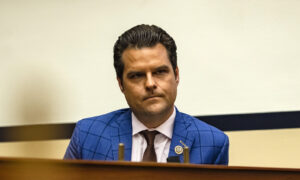 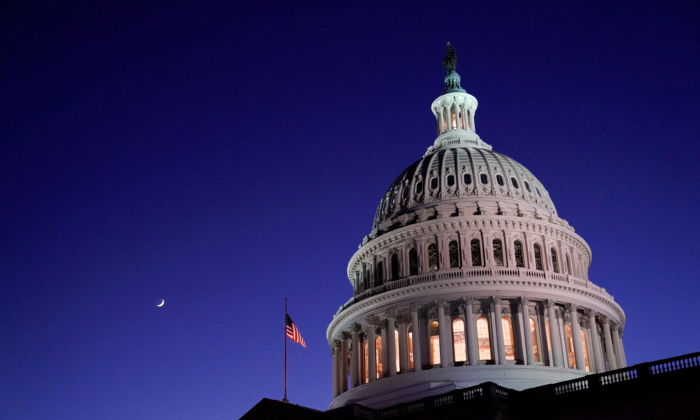 The U.S. Capitol dome is seen at night in Washington on Dec. 17, 2020. (Erin Scott/Reuters)
Battleground States

Republican lawmakers in Mississipi, South Carolina and Alabama are lobbying fellow Republicans in U.S. Congress to block presidential electors from contested states during the Electoral College vote count on Jan. 6.

A group of 30 South Carolina state representatives sent a letter to senators Lindsey Graham (R-S.C.) and Sen. Tim Scott (R-S.C.) asking them to join a challenge being planned by Rep. Mo Brooks (R-Ala.). Rep. Stewart Jones shared the letter on Facebook on Dec. 21, urging the senators to join Brooks in “calling for a full congressional investigation into voting irregularities and to reject the electors from contested states!”

“By now you are aware of the Honorable Mo Brooks’ letter calling for floor debate on various states’ electoral college vote submission, in which Rep. Brooks called for a thorough investigation into the extensive voter fraud, illegal voting, and election theft reported in the weeks subsequent to the November 3rd election,” the letter states.

“We write this letter to voice our strong support for Rep Brooks’ call for the investigation into the widespread election irregularities. Fair elections, free from foreign and outside interference, are pivotal to the survival of our republic, which exists based on the consent of the governed. If our elections cannot be trusted, the republic will no longer enjoy the consent of the governed.”

Alabama State Rep. Andrew Sorrell (R) shared a draft of a similar letter on Facebook, urging others to sign on. The content of the three letters is identical, suggesting that the effort may be coordinated by the Republican party across state lines.

The movement to challenge the electors on Jan. 6 is gaining steam. Brooks and Rep.-elect Marjorie Taylor Greene (R-Ga.) were at the White House on Monday to discuss the plan with the president’s team.

“[President Trump] deserves his day in court, AND we are definitely going to give him his day in Congress. We have a rapidly growing group of House Members and Senators. Jan 6 challenge is on,” Greene wrote on Twitter after the meeting.

Challenging electoral votes during the count on Jan. 6 would require the content of one House member on one senator. While a number of House members have committed to the challenge, a handful of Republican senators have said they are open to the idea. Once a challenge is lodged, the House and Senate would have to debate and vote on the fate of the disputed slate of electors.

Brooks (R-Ala.), the first congressman to say he will lodge a challenge when the votes are counted, told The Epoch Times that individual citizens should call their representatives to demand they take a stand and support the challenges.