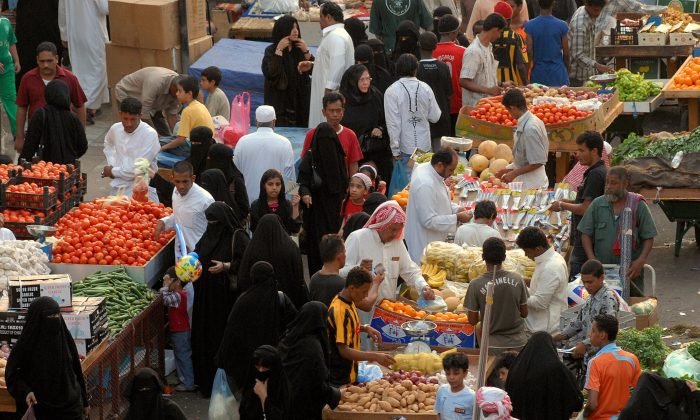 FILE-Saudis clog a market in the Red Sea city of Jeddah as they rush to buy vegetables and fruits on August 31, 2008 one day before the start of the holy month of Ramadan. (Omar Salem/AFP/Getty Images)
Middle East

The State Department issued a security alert for U.S. citizens in Jeddah, Saudi Arabia, on July 21.

“The United States Embassy has received reports of a potential, imminent threat against U.S. citizens in areas of Jeddah frequented by westerners, such as markets, restaurants, and shopping malls, among others,” said the State Department.

US citizens in #SaudiArabia: Reports of a potential imminent threat against US citizens in Jeddah. Exercise caution. pic.twitter.com/wiincBSzzY

Officials recommend that Americans vary their routes and times when traveling in Saudi Arabia, as well as being aware of their surroundings and taking extra precautions.

“Regardless of where are you, keep your security and situational awareness levels high, be prepared to postpone or cancel activities for personal safety concerns,” officials say.

U.S. officials are advising Americans to carefully consider the risks of traveling to Saudi Arabia and limit non-essential travel within the kingdom.

The department reminded travelers with pilgrimage visas issued by the Saudi government that they are strictly prohibited from travel outside of the cities of Mecca, Medina, and Jeddah.

As for U.S. government personnel and their families, they are prohibited from traveling within 50 miles of the Yemeni border and to the cities of Jizan and Najran without permission. U.S. government personnel may not travel to the city of Qatif in the Eastern Province and its surrounding suburbs, including Awamiyah, Hofuf, and Al Hasa Governorate due to violent incidents that have occurred there in the past.