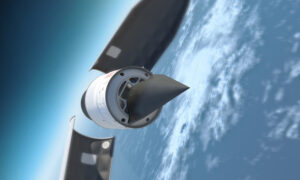 Explainer: What Are Hypersonic Weapons and Why Do They Matter?
0
Share Now
TelegramFacebookTweetEmailTellMeWeReddit
Copy Link 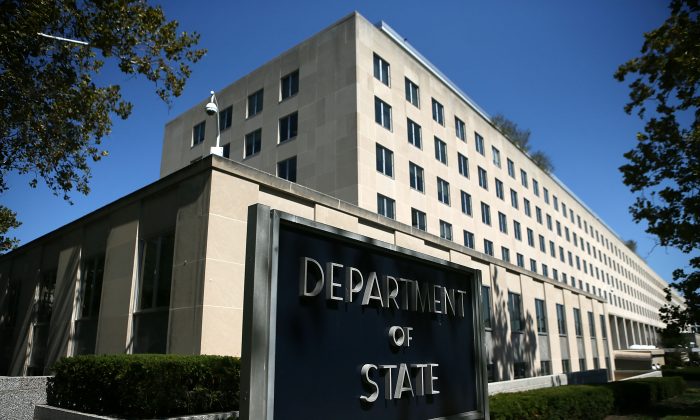 A sign outside the U.S. State Department on Sept. 12, 2012 in Washington, DC. U.S. The State Department spoke in support of universal suffrage in Hong Kong recently. (Alex Wong/Getty Images)
China

The U.S. State Department made a statement recently in favor of democratic progress in Hong Kong, where activists are pushing for universal suffrage—the principle of one person, one vote—and planning to occupy parts of the city’s financial district if Beijing continues its efforts to stifle democracy there.

“We support Hong Kong’s well-established traditions and Basic Law protections of internationally recognized fundamental freedoms, such as freedom of peaceful assembly and freedom of expression,” said a statement by a State Department official, sent by email on June 24.

“While the details of the election process for the chief executive in 2017 have yet to be worked out, we believe that the legitimacy of the Chief Executive will be greatly enhanced if the promise of universal suffrage is fulfilled and if the election provides the people of Hong Kong a genuine choice of candidates representative of the voters’ will,” the remarks continued.

The Department’s position was conveyed to a reporter with New Tang Dynasty Television, a primarily Chinese-language broadcaster based in the United States, on Tuesday afternoon. A reporter had enquired about the official position on Hong Kong earlier in the day at the Department’s daily briefing, before spokespeople had an answer prepared.

Hong Kong, a semi-autonomous territory in China’s south, is governed by a chief executive that is “elected” by the public, and generally governs with practical autonomy. The Chinese Communist Party, however, maintains tight control of and manipulates the election process, whittling away any candidates for chief executive that it might consider problematic through a complex nomination process managed by Hong Kong elites—a clientelist group itself managed by the Party.

Activists and civic groups have called for universal suffrage in Hong Kong since the 1980s, but those demands amplified in recent years, as Beijing continues to exert what many consider a baleful influence in the city-state. These civic organizations in Hong Kong are calling for universal suffrage for the 2017 election for Chief Executive, a prospect that communist authorities have shown little appetite for.

The State Department thinks it’s a good idea, though. “The United States supports democracy in Hong Kong in accordance with the Basic Law and the aspirations of the Hong Kong people,” the statement said.

“We believe that an open society, with the highest possible degree of autonomy and governed by the rule of law, is essential for Hong Kong’s stability and prosperity.”