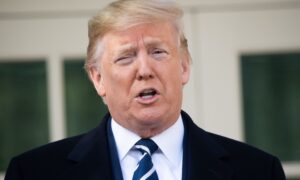 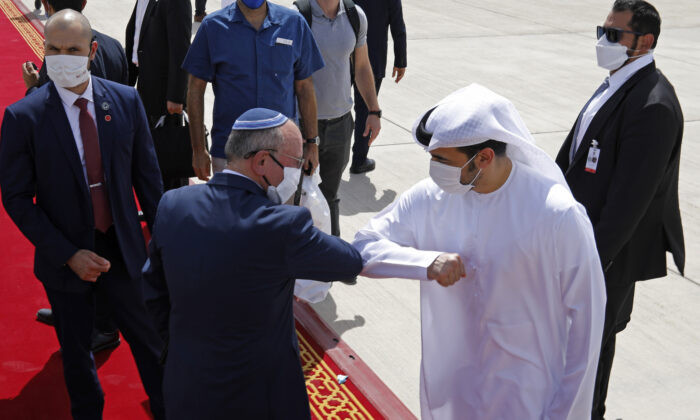 The U.S. State Department signed a memorandum of understanding (MOU) with the Mimouna Association, a Moroccan NGO aiming to “promote and preserve the Moroccan Jewish culture,” in a move lauded by Morocco’s ambassador to the United States, Princess Lalla Joumala Alaoui.

The partnership is historic, because it incorporates a “commitment to combating anti-semitism together, also combating anti-Zionism and Islamophobia,” explained Ellie Cohanim, the U.S. deputy special envoy to monitor and combat anti-semitism, in an interview by The Epoch Times’ American Thought Leaders program.

“Those are really the challenges that extremists and those who promote hate presented both the United States to Morocco and really to the world community. These are global issues. And the MOU, again, is groundbreaking in the sense that we really confront these issues head-on,” she said.

Cohanim explained the origins of Mimouna: “They were a group of college students, Moroccan Muslim students, who organically were interested in the history of Jews in Morocco. And so these students got together and they started to just study the very long history of Moroccan Jewry, which actually dates back to antiquity. And they went on to then gain interest in Holocaust issues and created the very first Arabic language Holocaust curriculum.”

The MOU is also notable because it adopts the International Holocaust Remembrance Alliance (IHRA) definition of antisemitism. This is the definition adopted by the Trump administration in the December 2019 Executive Order on Combating Anti-Semitism.

This groundbreaking agreement is an extension of the Abraham Accords, a series of Middle East peace deals brokered by the Trump administration that Cohanim called one of his “most historic and proud” achievements, she said.

“The Abraham Accords is almost like a reconciliation of history,” she said, adding that it’s “incredible to watch that there are new Jewish communities being built and new synagogues being built. And so, I’m very hopeful for a brighter future for this [Middle East] region.”

She also believes that besides combating anti-semitism, it’s important to teach history about the Jewish tradition and promote “Philo-Semitism,” as well as looking into the future for cooperation.

In a private Oval Office ceremony, Princess Lalla Joumala Alaoui gave Trump the Order of Muhammad, an award given only to heads of state. It was a gift from Morocco’s King Mohammed VI.

White House senior adviser Jared Kushner and Middle East envoy Avi Berkowitz received other awards for their work on the Israel-Morocco deal, which was reached in December.

The United States in the last five months helped broker deals between Israel, the United Arab Emirates, Bahrain, Sudan, and Morocco. The agreements are aimed at normalizing relations and opening economic ties.

Correction: This article adjusted the headline to better reflect the news item. The Epoch Times regrets the error.