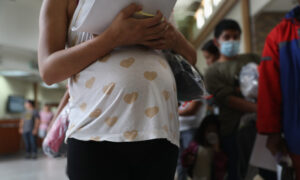 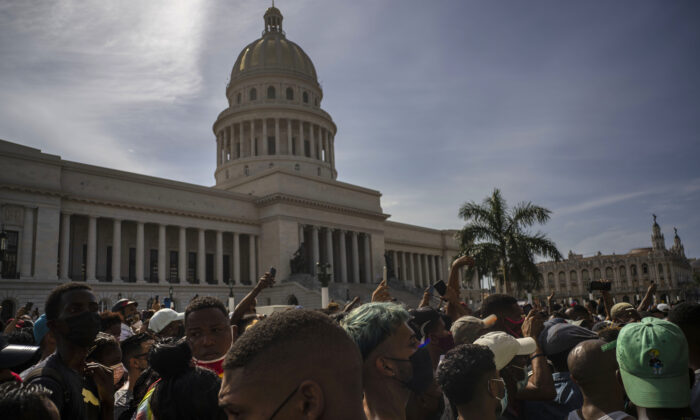 A State Department official was criticized for describing Sunday’s anti-government protest in Cuba as an assembly against COVID-19 cases, deaths, and medicine shortages.

“Peaceful protests are growing in #Cuba as the Cuban people exercise their right to peaceful assembly to express concern about rising COVID cases/deaths & medicine shortages,” Julie Chung, the Acting Assistant Secretary in the Bureau of Western Hemisphere Affairs, wrote on Twitter Sunday.

One of the biggest anti-government demonstrations erupted in Cuba on Sunday. Thousands of protestors marched on Havana’s Malecon promenade and other cities, chanting “Freedom, Enough, and Unite.”

Video shows Cuban protestors were chanting “Liberty” on the street, according to The Post Millennial.

“It’s now almost 10 p.m. Eastern Time. It’s now been over 12 hours since over 32 cities in Cuba, brave people, have taken to the streets to protest against Communist, Marxist evil tyranny,” Rubio said in a video clip uploaded on his social media account.

“This is not just about COVID,” Rubio continued. “Of course, COVID has a role to play, but this began well before COVID. These people are frustrated. They want to live in a normal country. They don’t want to have their kids getting on rafts and having to leave the country in order to lead normal lives.”

“Are you serious!? They’re protesting a corrupt communist regime! They want freedom. It’s not about COVID. You are embarrassing,” Christina Pushaw, press secretary for Florida Gov. Ron DeSantis, wrote on her personal Twitter on her personal account.

“They are really doing it, guys,” conservative commentator and author Candace Owens also took to Twitter. “[President] Joe Biden’s filthy administration—which is working with China to bring communism to America—is pretending the eruption in Cuba is over Covid-19 and not over the EVIL communist regime.”

“Do not forget this moment,” Owens added.

The State Department didn’t immediately respond to a request from The Epoch Times for comment.

“We stand with the Cuban people and their clarion call for freedom and relief from the tragic grip of the pandemic and from the decades of repression and economic suffering to which they have been subjected by Cuba’s authoritarian regime,” Biden said in an issued statement on Monday morning. “The Cuban people are bravely asserting fundamental and universal rights. Those rights, including the right of peaceful protest and the right to freely determine their own future, must be respected. The United States calls on the Cuban regime to hear their people and serve their needs at this vital moment rather than enriching themselves.”

Chung changed her tone in a new post on Monday.

“Cuba’s people continue to bravely express [a] yearning for freedom in the face of repression,” Chung wrote. “The Cuban people have waited long enough for ¡Libertad!”