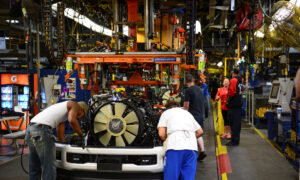 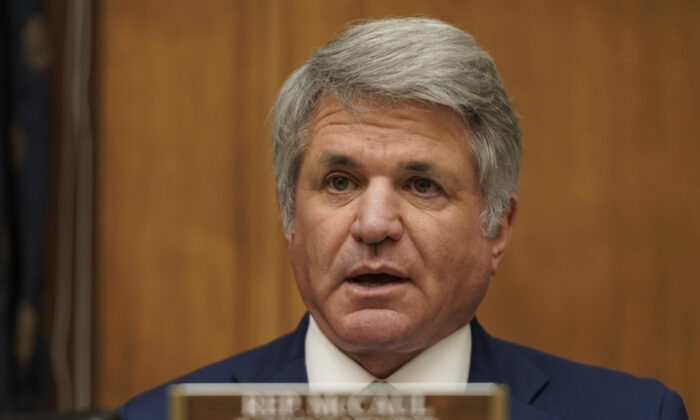 Secretary of State Antony Blinken said June 7 during a House Foreign Affairs Committee hearing that thousands of Afghans who have assisted the United States there since 2001 and who want to leave may still be there after American troops withdraw this summer.

“We are looking very actively at every possible contingency to make sure that we can accommodate and care for those who have helped us and who are seeking to leave,” Blinken said when asked about the issue by Rep. Michael McCaul (R-Texas), ranking minority member of the Foreign Affairs Committee.

“We have backlogs … we have surged staff, mostly here in Washington because much of this work is actually done in Washington. We’re adding by the end of July 50 people here in D.C. to expedite this in the next few months,” Blinken said.

“We expect to be able to clear the backlog over the next few months at a pace of a thousand a month.”

He described several status categories among the estimated 26,000 Afghans who are thought to want to be removed from their country by the United States because they fear being killed by the Taliban once American troops are gone.

Blinken said there may be an additional 9,000 such individuals, and he will likely come back to Congress later this summer seeking authority to increase the number of Special Immigration Visas (SIV) that are required before the United States can remove them to another location outside of Afghanistan.

The 26,000 to 35,000 such Afghans are individuals who since 2001 have provided intelligence to U.S. forces about the Taliban’s plans, operations, and locations, as well as translation and other logistical, cultural, and administrative services. Their spouses and children would also accompany them out of Afghanistan.

The nonprofit group No One Left Behind estimates that more than 300 such individuals have been assassinated by the Taliban since 2014.

The problem now, according to McCaul, is that American troops will be gone soon, possibly as early as the end of July.

“We only have two months before the Department of Defense is completely out of Afghanistan, thus leaving these people behind,” McCaul told Blinken.

“The time for platitudes and vague promises is over. We need action. And we needed it yesterday.”

If the State Department maintains the processing pace Blinken described of 1,000 applications per month, somewhere between two and three years would be required to complete the process.

“Is the State Department considering a process to get them out of the country while their claims are being processed, which I’ve been told could take a year or even two years?” McCaul asked Blinken.

“Whatever happens in Afghanistan, if there is a significant deterioration … I don’t think it’s going to be something that happens from a Friday to a Monday, so I wouldn’t necessarily equate the departure of our forces in July, August, or September as some kind of immediate deterioration.”

McCaul told The Epoch Times after the hearing that Blinken’s response was disappointing.

“I was frustrated Secretary Blinken’s lack of a direct response to my question on evacuating Afghans who risked their lives to assist us to a third country,” McCaul said. “The Department of Defense said they’re developing plans; the State Department should tell Congress where they could be evacuated to.”

Media attention to the issue of removing Afghan allies is growing, with both Wall Street Journal and Washington Post editorial pages calling for special evacuation programs within the past week.

President Joe Biden opposed special U.S. efforts in 1975 to evacuate South Vietnamese citizens who helped the American war effort there, saying in a Senate speech that “the United States has no obligation to evacuate one, or 100,001, South Vietnamese,” according to The Atlantic, which said he could perhaps redeem his mistake now.

“At the normal pace, [the Afghans] will still be waiting years after the last American troops leave their country. While they wait, trying to hide, many of them will be hunted down by the Taliban. We will be gone, and Afghans who believed our promises will be killed. Our war will be over—Americans might not even hear the news of their deaths,” The Atlantic stated.