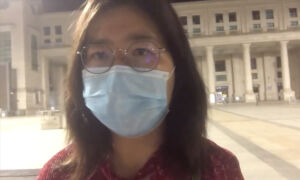 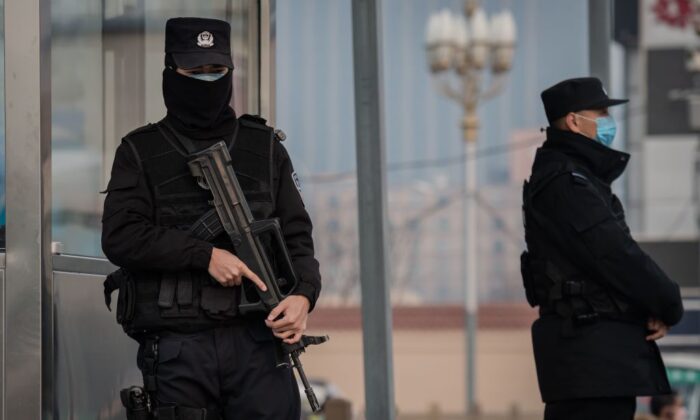 The U.S. State Department called on governments to abolish laws and practices that limit press freedom on Nov. 2, which marks International Day to End Impunity for Crimes Against Journalists.

“In many places, journalists fulfilling this necessary role risk attacks by authoritarian regimes and criminal organizations seeking to clamp down on press freedom and freedom of expression,” State Department spokesperson Morgan Ortagus said in a statement issued on Nov. 1.

“More than 1,500 journalists have been killed worldwide since the turn of the century, and in more than 85 percent of cases, the killers go unpunished,” she added.

Ortagus called out three countries and how they failed to uphold press freedoms amid the pandemic caused by the Chinese Communist Party (CCP) virus, commonly known as the novel coronavirus.

“During the COVID-19 pandemic, authoritarian governments in China, Venezuela, Iran, and elsewhere have used COVID-19 as an excuse to threaten, detain, and attack journalists,” Ortagus stated.

The United Nations General Assembly proclaimed Nov. 2 as International Day to End Impunity for Crimes against Journalists upon passing a resolution in December 2013. The resolution calls on U.N. member states to prevent violence against media workers and “promote a safe and enabling environment for journalists to perform their work independently and without undue interference.”

Secretary of State Mike Pompeo also took to Twitter to mark the occasion, calling on “all governments to investigate and redress” crimes faced by journalists, as they were often “threatened, attacked, or murdered—crimes that often go unpunished.”

Since the CCP virus surfaced in the Chinese city of Wuhan late last year, the Chinese regime has suppressed whistleblower doctors, citizens journalists, and scholars, in an effort to control the narrative on the pandemic and prevent citizens from exposing the true scale of the outbreak inside China.

Four citizen journalists—Chen Qishui, Fang Bin, Li Zehua, and Zhang Zhan—documented what was happening on the ground in Wuhan before they went missing. The whereabouts of Chen, Fang, and Li currently remain unknown.

On Sept. 17, Chinese martial artist Xu Xiaodong said on YouTube that Chen was under the close watch of a Chinese government agency, but he was in good health, but did not elaborate on how he knew the information. Chen went missing in February.

In early October, director of U.S.-based rights group Humanitarian China Wang Jianhong told U.S. radio broadcaster Sound of Hope, that Zhang, who has been detained since June, was being subjected to force-feeding because at the Pudong New District detention center located in Shanghai.

After she went on a hunger strike to protest authorities’ charge that she committed a crime with her reporting in Wuhan, authorities tortured her, Wang said. She first went missing in May, and was later confirmed to have been arrested on the charge of “picking quarrels and provoking trouble.”

Wang said that Zhang’s case was sent to a local court on Sept. 18.

On Oct. 30, Radio Free Asia (RFA) reported that Zhang had been on a hunger strike for more than five months. Additionally, one of Zhang’s defense lawyers, Wen Yu, stopped representing his client after receiving a lot of pressure from Chinese authorities, according to RFA.

Currently, over 900 people have signed an online petition calling for her release.

Paris-based nonprofit Reporters Without Borders ranked China 177th in terms of press freedom in 2020, ahead of only three countries: Eritrea, Turkmenistan, and North Korea.

According to the CPJ report, at least 48 journalists were being held in jail in China as of 2019.