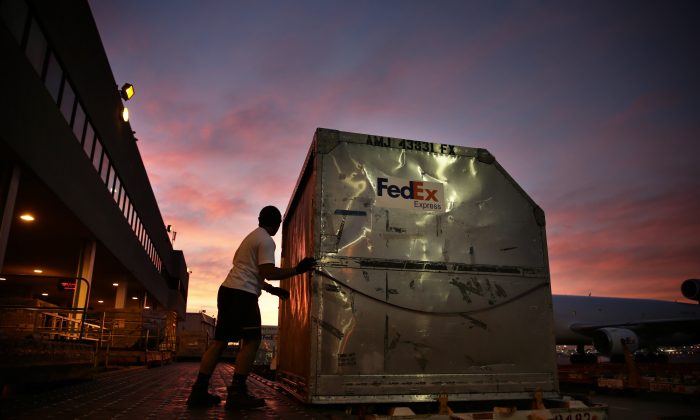 An investigation also found that FedEx moved 33 thousand shipments of untaxed cigarettes to the state since 2006. The over 400,000 cartons represent a direct tax loss of over $10 million.

FedEx signed an agreement with the state to cease all unlawful imports of cigarettes in 2006, but last December the city of New York filed a complaint in Manhattan federal court which alleged a slew of unlawful shipment claims against FedEx.

Each illegal shipment carries a maximum penalty of $5,000.

“Not only has FedEx cheated the state out of millions in tax dollars—but many of these cigarettes may have ended up in the hands of teenagers, who are particularly vulnerable to low-priced cigarettes,” Scheneiderman said in a release.

“While we work closely with all legal and regulatory authorities to ensure our networks are not inappropriately used for the shipment of prohibited items, we must also protect the privacy of our customers and will not open packages to determine their contents without reason,” FedEx said in the statement.

In response to the investigation, Gov. Andrew Cuomo announced Monday a Cigarette Strike Force that will crack down on illegal tobacco trafficking and sales.

The multi-agency group is comprised of state, local, and federal agencies dedicated to stopping the influx of counterfeit and untaxed tobacco products into New York. Strike Force will also trace any illicit financial earnings from the criminal activity.

“Would-be traffickers are now on notice: They will be caught and they will be brought to justice,” Cuomo said in a release.

The current tax on a pack of 20 cigarettes in New York State is $4.35, and in New York City there is an additional $1.50 in tax. The penalty for possession of unstamped cigarettes is $600 per carton and possible criminal charges.