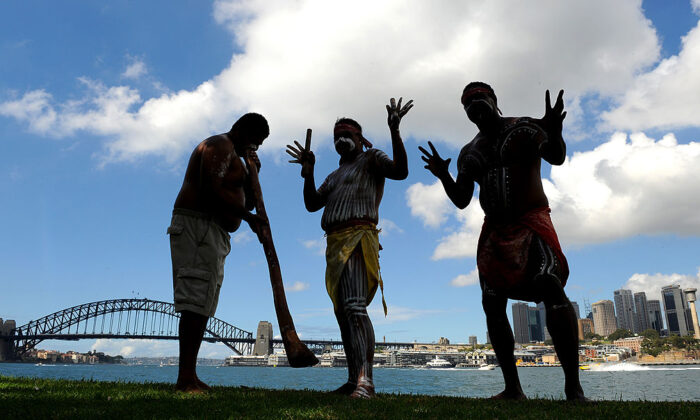 The New South Wales (NSW) government has pledged $401 million (US$278 million) over four years towards “Closing the Gap” and other initiatives that try improve the lives of Aboriginal people in NSW.

A part of the state budget due to be delivered on June 21, this investment reflects the need for a more inclusive approach to achieving Closing the Gap targets, according to Premier Dominic Perrottet.

“It’s clear traditional government-led approaches haven’t worked. This needs to be done hand-in-hand with Aboriginal communities, who know best what changes need to be made to help communities thrive,” he said on Sunday.

“That’s why we’ve worked in partnership with Aboriginal stakeholders to co-design a suite of initiatives across all areas of government to make a greater difference.”

Closing the Gap is a comprehensive initiative designed to improve health and life expectancy for Aboriginal and Torres Strait Islander peoples.

Key outcomes the package aims to achieve include facilitating Aboriginal economic empowerment, supporting children and youth to thrive, boosting health and wellbeing, and improving the justice system. The program also pledges to invest in Aboriginal housing, infrastructure, and supporting language and culture.

The NSW Coalition of Aboriginal Peak Organisations (NSW CAPO) will lead the project, a part of which will see a $30 million Community and Place Grants Program, awarding grants of up to $250,000 to Aboriginal Community Controlled Organisations to deliver practical and locally-focused activities.

“This program is about empowering Aboriginal communities and enabling communities to invest in projects that reflect local priorities,” Perrottet said.

Perrottet added that other inclusions in the investment are focused on respecting and acknowledging the past, such as funding to expand the Aboriginal Languages Trust, as well as the remediation and transfer of Me-Mel (Goat Island) in Sydney Harbour to the Aboriginal community, a step towards restoring cultural heritage.

Councillor Charles Lynch of the NSW Aboriginal Land Council and co-chair of the NSW Coalition of Aboriginal Peak Organisations welcomed the government funding.

“This is a very significant moment for Aboriginal people and communities, and for the first time we are seeing a government that is genuinely investing in the needs of Aboriginal people to address the disparities under Closing the Gap,” Lynch said.

“This funding will not only deliver impact in Aboriginal communities, but also recognises how government needs to work with us from now and into the future.”

However, Indigenous leader Warren Mundine has argued for years that government assistance should not encourage dependence.

“If you’re looking at other people to fix your life, then you’ve got problems because no one can fix your life except for you,” he previously told The Epoch Times. “If you fall on hard times, then we’ll help you. But the idea is that you get to work, you don’t live on welfare for the rest of your life.”

“What’s happening in some parts of Australia now is we got generational welfare with two, three, four generations who haven’t had a job … This is where you see the drugs and alcohol and mental health issues are in those areas,” he said.

Nina Nguyen contributed to this article.