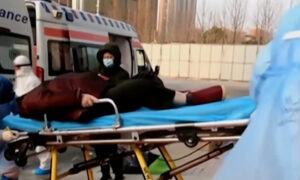 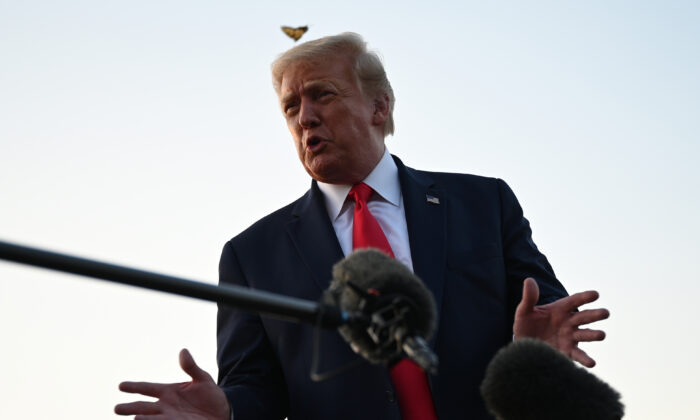 Democratic leaders and White House officials remained at an impasse on Tuesday over how to handle another COVID-19 relief package, as state and local government funding became the most prominent obstacle in getting a deal done.

Democrats have sought about $1 trillion in funding for state and local governments, including in the HEROES Act that passed in the Democrat-controlled House, while Republicans have sought exactly zero funds in the HEALS Act.

President Donald Trump and Treasury Secretary Steven Mnuchin said the funding would be tantamount to a “bailout” of “poorly-run” municipalities, while stating that it isn’t pandemic-related. Democrats like House Speaker Nancy Pelosi (D-Calif.) and Sen. Chuck Schumer (D-N.Y.) said the funding would cover food aid, virus testing and tracing, provide money to healthcare workers, and more.

As of Monday, there were no signs of agreement on either side, with both parties accusing one another of stalling the discussions and not giving ground.

The stalemate, however, puts at risk $1,200 stimulus payments to people, expanded unemployment insurance, liability protections for hospitals and businesses, billions of dollars to help reopen schools that were shuttered, and a moratorium on evictions.

Over the weekend, Trump attempted to ameliorate some of these issues by authorizing several executive orders to suspend payroll taxes, provide $400-per-week in federal unemployment payments, defer student loan payments, and authorize federal agencies to look into providing a moratorium on evictions for renters and homeowners. Democrats and some GOP critics of the move have said the orders are unconstitutional or won’t provide enough relief.

Treasury Secretary Steven Mnuchin said on Monday that the $1 trillion request for aid is an “absurd number,” adding there is enough cash available still that was provided under the CARES Act in March.

“We’re not going to give a trillion dollars for state and local,” he said during a televised interview. “That’s just not a reasonable approach.”

President Trump in a Twitter post said that Schumer and Pelosi are seeking “BAILOUT MONEY” for cities and states run by Democrats.

However, some governors warned that their states would not be able to afford paying 25 percent of the $400 unemployment benefits that were included in one of Trump’s executive orders.

“We appreciate the White House’s proposals to provide additional solutions to address economic challenges; however, we are concerned about the significant administrative burdens and costs this latest action would place on the states,” New York Gov. Andrew Cuomo and Arkansas Gov. Asa Hutchinson, respectively the chair and vice-chair of the National Governors Association (NGA), said in a statement.

The association “requested $500 billion in unrestricted state aid and NGA continues to urge Congress and the White House to reach a quick resolution to provide immediate assistance to unemployed Americans,” the statement continued.