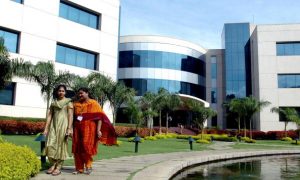 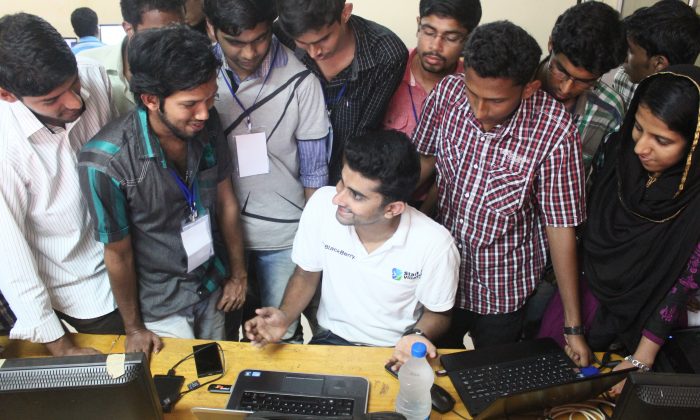 Youngsters interact with a mentor in in one of India’s first Startup Villages in Kochi, Kerala State, India, on Feb., 16, 2013. On July 10, the Indian government announced more funding for entrepreneurship in the country. (Courtesy of Startup Village)
India

KOCHI, India—Jofin Joseph started a venture while in college in India, and got a taste of success. After proving to his family that he could be innovative and make money, he got their blessing to leave his job with an IT company and founded his own company, an app startup called Profundis.

Joseph is a minority in India, a minority which has chosen innovation over financial security.

“There are so many people who are facing that [lack of family support] because business is not a part of the culture. People are largely after secure jobs and having a monthly paycheck,” said Joseph.

Joseph’s company was one of the first startups to come out of “Startup Village” in Kochi, a coastal city in the southern state of Kerala. Startup Village is one of India’s first Public Private Partnerships (PPP), which offers funding, mentorship, legal support, as well as other resources for IT entrepreneurs.

“When you start from a fresh background, when you don’t have a business background, it’s all with the community. So Startup Village gives you exactly that: a community of similar people who think similarly, who are into the same business—to talk, discuss your ideas, to develop your ideas,” said Joseph.

He said easy access to mentors and investors at Startup Village was invaluable, as both are hard to come by in India.

Indians are one of the most enterprising communities in US. They have founded or co-founded almost 14 per cent of all the startups in Silicon Valley, according to a 2012 study by researchers at Stanford and Berkeley. Indians can be found behind companies like Google, Sun Micro-systems, Hotmail and Pentium Chip.

In their own country however, Indians lack cultural support for innovation, especially in the lower and middle classes where job stability is valued over entrepreneurship.

According to Global Innovation Index 2014, India ranks 76th out of 143 nations in innovation, and has dropped ten places since last year. Even smaller countries like Vietnam and Thailand rank higher than India.

However, India is cited as one of three countries, along with China and the Republic of Korea, that is expected to spend the most on research and development in the next few years.

Shortly before the Global Innovation Index came out, Arun Jaitley, India’s Finance Minister, addressed entrepreneurship in his budget speech on July 10. He announced a fund of $1.7 billion for startups in India, divided into four categories: equity, quasi-equity, risk capital, and soft loans.

Jaitley also encouraged rural youth to take up entrepreneurship, and proposed a “Startup Village Entrepreneurship Program” for rural areas. He alloted $165 million for this program.

“[What] we can say for sure is that since in the budget they have explicitly said ‘risk capital’ I’m taking the stand that they are very aware of the risk that’s involved in starting a business,” said Pranav Kumar Suresh, the CEO the Startup Village in Kochi.” So my belief is that this scheme is going to be very favorable for entrepreneurs and it’ll give them easy access to capital.”

While the Indian government has allocated funding for startups, it remains to be seen if it is successfully implemented. In the 2012-2013 budget, funding that was allocated for small enterprises never got off the ground.

A number of other initiatives around the country are raising hopes that innovation can flourish with or without government support. According to Suresh, various funding sources for startups are now available in major cities like Bangalore, Mumbai, and Chennai.

“What was lacking a year back I would say: a set of entities which would provide the bridge between the starting up and the growth fund, which is the seed money or the angel fund, and that’s where Startup Village and organizations like us are stepping in to provide the first $1,000, which will help these guys survive for the first six months,” he said.

Since the Startup Village in Kochi opened in 2012, it has has incubated 50 startups, 31 of which have public and private investors, and are functioning companies.

Written on a wall in one of the buildings in Startup Village in Kochi are the words, “We dream of a day when the sun sets at dusk in the valley it would rise to see the dawn of a Silicon coast in India”.