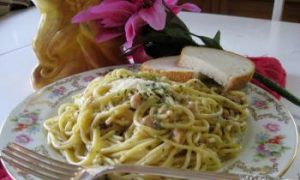 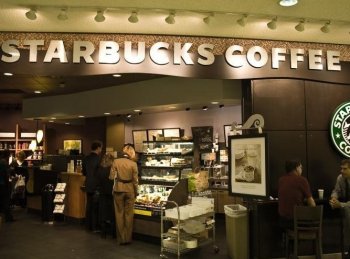 Starbucks 'Trenta' cup size will be available at the popular coffee purveyor starting on Jan. 18. (The Epoch Times)
Business

By Alex Johnston
Print
Starbucks is set to bring out the big guns at the beginning of the week: the all-new super-sized “Trenta,” according to media reports on Monday.

In a report first published by Reuters, the company confirmed that it will start introducing the 31-ounce “Trenta” this week and by May 3, all Starbucks franchises will have it.

The company said that the drink will cost 50 cents more than its current largest size drink, the 24-ounce or 20-ounce Venti.

On Jan. 18, the new size will debut in 14 states, including Virginia, Georgia, Florida, Texas, Hawaii, and Arizona. California will be the next to get the “Trenta” on Feb. 1.

ABC News reports that the new size will be only available for iced coffee, Tazo iced tea, and iced tea lemonade.

In the past few years, McDonald's has been attempting to take a chunk out of Starbucks's success by offering more coffee, tea, and beverage options at its locations. As a result, Starbucks is attempting to stay ahead of the curve.

Last week, the Seattle-based coffee chain redesigned its iconic logo, according to CEO Howard Schultz. The redesign is a part of Starbucks’s push to expand and improve.

“As we look forward to Starbucks next chapter, we see a world in which we are a vital part of over 16,000 neighborhoods around the world, in more than 50 countries, forming connections with millions of customers every day in our stores,” Schultz wrote on Starbucks's blog Jan. 5.