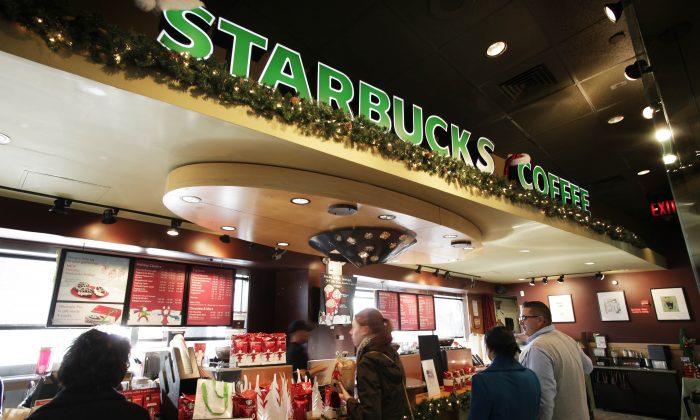 Starbucks has tied up with Google to provide faster WiFi Internet services in its stores. (AP Photo/Mark Lennihan)
Tech

NEW YORK–Love to browse the Internet while sipping coffee at your favorite Starbucks? Well, we don’t blame you if you feel Christmas came early this year: Starbucks has teamed up with Google to provide much faster WiFi Internet services to its customers at its stores around the United States.

Starbucks had already been providing free WiFi since 2008. A tie-up with AT&T has allowed its customers to browse the Internet at its trademark coffee stores, but the AT&T contract is believed to have expired, paving way for Google to offer better bid terms and secure the deal for providing the Internet service.

In a statement, Starbucks said that “our goal is to continue to provide our customers with the best in-store experience possible.”

Google is reported to be working with Starbucks on upgrading all 7,000 company owned locations over the course of 18 months.

Google appears keen on getting more people on the Internet with faster and more stable connections. Google’s Fiber service, providing Gigabit Internet connections, has already rolled out in Kansas City, and will be coming to Provo, Utah and Austin, Texas soon. The search giant also announced Project Loon, a project aimed at providing Internet connections through balloons to places in Africa that lack Internet connections, and has experimented with providing free WiFi in California, New York and other cities in the United States.

Of course, for Google, the reason may not be just altruistic. Faster and better Internet connections mean more eyeballs, which translate into more advertising revenue for a company that still earns most of its revenue through digital advertising.