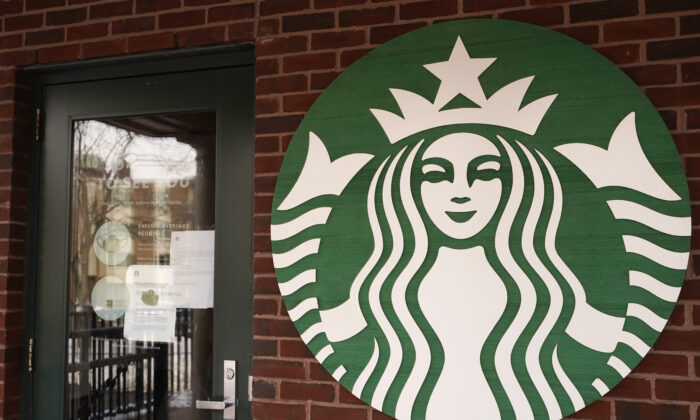 Starbucks Posts Record Quarterly Sales Thanks to US Business

Starbucks on Thursday reported record quarterly sales thanks to its robust U.S. business that helped make up for weakness in China and other markets.

The Seattle coffee giant said its U.S. same-store sales—or sales at locations open at least a year—jumped 22 percent in the July-September period. Stores saw higher traffic and customers spent more on pricier cold drinks, which made up 75 percent of U.S. sales, and food, which saw sales climb 35 percent in the fiscal fourth quarter.

Now that children have returned to school in person, Starbucks’ peak hours have shifted back to the morning and early afternoon, Culver said. Stores in business districts—which were hardest hit during the pandemic—have returned to positive sales growth, he said.

But some pandemic habits are persisting. Drive-thru and mobile ordering made up 70 percent of transactions during Starbucks’ fiscal fourth quarter quarter, up 15 percent from pre-pandemic levels.

The story was different in China, which saw same-store sales fall 7 percent due to resurgent COVID-19 cases. At the peak in August, 80 percent of Starbucks’ stores in China were impacted by virus restrictions, the company said.

“Our recovery in China will not be linear,” Starbucks President and CEO Kevin Johnson said. Starbucks remains bullish on China—its second-largest market after the United States—and opened 654 net new stores there in its 2021 fiscal year.

Earlier this week, McDonald’s also reported lower same-store sales in China due to COVID-19 cases and a softening economy.

Starbucks said its revenue rose 31 percent to $8.1 billion for the quarter, an all-time high. But that was still short of Wall Street’s forecast of $8.2 billion.

Starbucks reported its earnings one day after it announced pay hikes for U.S. workers. The company said workers in its U.S. stores will make at least $15—and up to $23—per hour by next summer. Starbucks is also giving raises to employees who have been with the company for at least two years.

Johnson said the spending will ensure Starbucks remains “an employer of choice” in a tight labor market.

“’This is the right time to make that investment and we’re confident that it’s going return significant value to shareholders,” he said.

The company said its net income more than quadrupled to $1.76 billion in the fourth quarter. Adjusted for one-time items, Starbucks reported earnings of $1.00 per share. That beat Wall Street’s forecast of 99 cents.