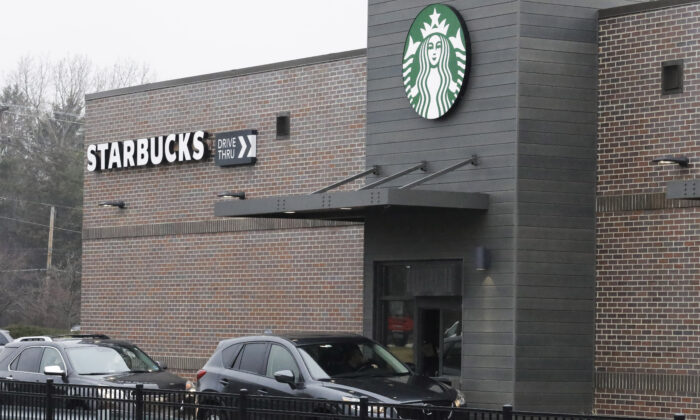 Customers wait for their order in their car at a Starbucks in Northbrook, Ill., on March 16, 2020. (Nam Y. Huh/AP Photo)
US News

A New Jersey Starbucks employee who worked in November after testing positive for hepatitis A and handled food might have exposed thousands to the virus, officials said.

The Camden County Health Department said in a news release that people who went to that Starbucks at 1490 Blackwood Clementon Road on Nov. 4, 5, 6, 11, 12, and 13, and not vaccinated against hepatitis A “should receive the vaccine as soon as possible but no later than 14 days after contact.”

“If you have been vaccinated for hepatitis A in the past, you do not need to receive another dose,” the health department stated, dated Nov. 19. “If you have a child that was born after the year 2000, that child has likely already been vaccinated for hepatitis A and does not require another dose. However, parents should check with their pediatrician to confirm their child’s vaccine status.”

The department was notified of the incident last week on Nov. 17.

“The county health department has been working closely with the patient and the staff at the Starbucks to address the situation,” Camden County Health Officer Paschal Nwako said in a separate news release.

The department said that following an investigation, there was no evidence of food safety violations at the Starbucks location.

“Based on the ongoing investigation, the store was closed for operation and was not reopened until all the employees were vaccinated,” officials said in the news release.

County spokesman Dan Keashen told WABC-TV that the Starbucks employee who contracted the virus is recovering. So far, he added, no one has tested positive for hepatitis A in connection to the incident.

“If you came in contact with material that came out of the drive-thru or you went inside of the building itself, you should absolutely get vaccinated,” he said.

According to the Mayo Clinic, symptoms of hepatitis A include fever, fatigue, nausea, vomiting, abdominal discomfort, and jaundice, or yellowing of the eyes. Those symptoms typically appear two to six weeks after exposure, and they last fewer than two months.

“You’re most likely to get hepatitis A from contaminated food or water or from close contact with a person or object that’s infected. Mild cases of hepatitis A don’t require treatment. Most people who are infected recover completely with no permanent liver damage,” the organization’s website says.

People who are at higher risk of severe infections include drug users, homeless people, people who are incarcerated or were recently incarcerated, and those with chronic liver diseases, health officials have said.

Meanwhile, at least three people have reportedly died in connection to a hepatitis A outbreak at a Virginia Famous Anthony’s.

Starbucks didn’t immediately respond to a request for comment.