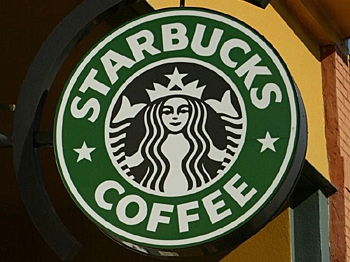 DISMAL REPORTS: Signs are seen in the front of a Starbucks coffee shop January 22, 2004 in San Francisco, California. In an effort to cut costs, the coffee chain announced July 29, 2008 that it was laying off 1000 non-store employees. (Justin Sullivan/Getty Images)
Business & Markets

The Seattle-based coffee chain reported worse-than-expected first-quarter earnings and announced that it would shutter 300 underperforming stores and slash 6,700 jobs. The company also planned to scale down or eliminate 401(k) contributions in an attempt to cut down expenses by $500 million.

Net profit declined 69 percent from first quarter 2008. The 300 closures are in addition to the 600 announced last July.

A weakening economy has forced Starbucks to aggressively reduce projected spending in 2009. The company plans to open 140 new U.S. stores in 2009, down from the previous plan of 200 new stores. It also reduced international new store openings from 270 to 170.

Starbucks is widely considered a leader in employee benefits. It would still offer qualified full and part-time employee healthcare benefits through 2009, but is considering cutting or eliminating 401(k) contributions. In addition, the company plans to renegotiate some contracts with landlords and vendors, and decrease paid vacation days for hourly workers.

“These decisions have been made to ensure the company is leaner and prepared to endure a worsening economic climate,” CEO Howard Schultz said in a statement.

Clues on the Economy

The dismal results from Starbucks, a bellwether for discretionary consumer spending, offered analysts and economists a downbeat indication of global consumer spending trend for the remainder of the year.

In a tough economic environment, gourmet coffee seems like the first item to cut back for many U.S. consumers. Starbucks’ hyper growth strategy during the past decade left the company unprepared for last year’s sudden economic collapse.

Some analysts believe the earnings report may reflect less on Starbucks’ operational problems than how the company expects consumers to spend in the coming months. Its decision to close more stores and lay off almost 7,000 workers signals to Wall Street that it doesn’t expect consumer spending to pick up, and puts pressure on other restaurant and hospitality businesses to announce similar cost cutting measures.

In a report by Advertising Age, columnist Emily Bryson York says that the company may be lowering its price point for certain breakfast products.

“And in an effort to battle consumer ‘misperceptions’ about the brand's premium reputation—this is, after all, the company that helped ween America off cheap Joe—Starbucks is going the ‘value’ route with breakfast offerings,” she wrote.

Indeed, Schultz said on Wednesday that Starbucks is attempting to change the stereotype that its products are expensive. It plans to offer breakfast pairing meals at lower prices starting in March, but the exact product offerings are still undisclosed.