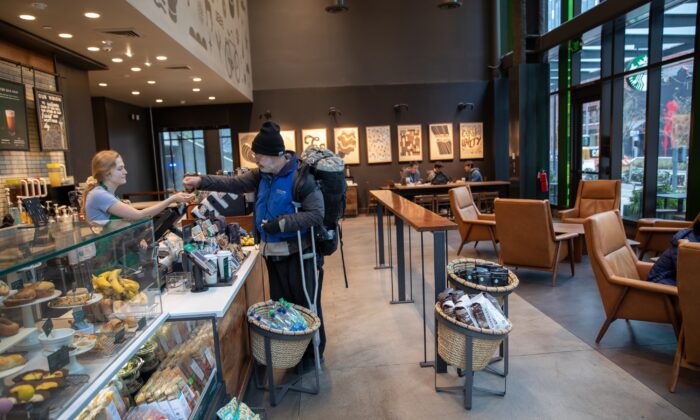 Starbucks Corp. announced on Monday that more than a dozen stores will be closed across the nation over employee-safety concerns related to drug use, theft, and assault.

Coffeehouses that will be permanently closed include five stores in Seattle, Washington, that have reported high rates of crime, a spokesperson for the coffee giant told The Seattle Times, the first to report the plan.

The locations where the company is closing stores in the largest city of the Pacific Northwest state are Capitol Hill, Central District, the Roosevelt neighborhood, as well as at Union Station and Westlake Center.

Other cities where coffeehouses will close include Los Angeles, Portland, Washington, D.C., and Philadelphia. In total, 16 U.S. stores will shut doors, and all of the closures are based on a rise in crime-related complaints.

Starbucks also said that store managers will be given the liberty to modify operations, close restrooms to the public, and limit seating in relation to safety concerns.

In a message to Starbucks partners, senior vice presidents of U.S. operations, Debbie Stroud and Denise Nelson, said they have read “every incident report” filed and heard the challenges employees are facing, noting that the modifications in coffeehouses are in response to the crime-related complaints.

“You’re … seeing firsthand the challenges facing our communities—personal safety, racism, lack of access to healthcare, a growing mental health crisis, rising drug use, and more,” they wrote in the memo to employees. “With stores in thousands of communities across the country, we know these challenges can, at times, play out within our stores too.”

The company said those who work at stores that will be permanently closed can ask to be reassigned to neighboring coffeehouses if they choose to.

According to The Seattle Times, those who are currently working at the Union Station and E. Olive Way stores—two stores that are unionized—will continue to receive union representation if their new store is also unionized.

The closure of stores and changes to how the coffee giant will operate come as part of a “reinvention” of the multinational chain as Howard Schultz, who has returned for a third stint as chief executive officer, announced five goals in a statement for the “next chapter of the company.”

“It’s clear we’re living in a changing world where economic, societal and operational pressures are colliding,” Schultz wrote.  “Today, we find ourselves in a position where we must modernize and transform the Starbucks experience in our stores and recreate an environment that is relevant, welcoming and safe, and where we uplift one another with dignity, respect and kindness,” he added.

Starbucks workers across the nation have recently complained of an increased workload, further exasperated by the company’s mobile app and other food services.

In March, employees in Seattle, where the company is headquartered, voted unanimously to unionize, giving the Starbucks Workers United, an affiliate of the Service Employees International Union, one of its most high-profile wins to date.

Starbucks runs nearly 9,000 company-owned stores in the United States and has pushed back against petitions filed for union elections—comprising over 6,600 workers in over 30 states.

In a statement, the company previously said it was “listening and learning,” and added that it respects “partner’s right to organize.”

A Starbucks in Buffalo, New York, became the first U.S. store to unionize late last year. The company has more than 34,000 stores worldwide.