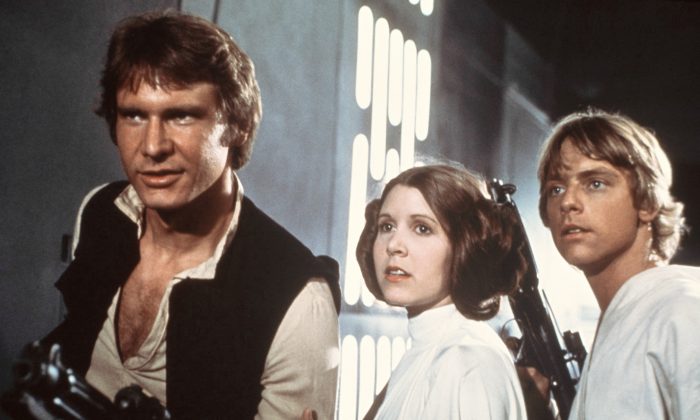 The Star Wars Episode VII rumors are flying around and the latest one suggests that it’s not Luke Skywalker who dies, but Han Solo.

Some rumors that emerged recently indicated that a struggle between Skywalker and Han Solo–the latter joined by a large group of fighters–ended when Luke “allowed” Han to kill him.

That potential spoiler, which has been hotly debated since it emerged on the 4chan forum through an anonymous poster, has been flipped on its head by some people.

The new theory is also being championed by a number of blogs and movie websites.

“I do not think Han Solo makes it out of this movie alive. Not only was that what I heard way back when, it makes more Harrison Ford sense,” noted Latino Review.

One anonymous commenter on Star Wars 7 News, where the potential spoilers were first published, said that Han actually dies.

“There is a fight at the end. Luke wants to kill Driver and Han steps in. Luke then kills Han which brings Luke back to his sanity. Han with his dying words begs Luke to let Driver live, to trust him that everything will be alright and the he won’t succumb to the Dark Side,” the commenter said.

“Luke trusts Han and does not kill Driver – which will be a big mistake as we will see in Episodes VIII and IX.”

Most of the potential spoilers and comments are in agreement over a big battle happening near the end of the movie, which was first described by a poster in Star Wars 7 forums who said that he saw concept art of the scene.

“Twist that theory around a little bit more and it becomes my favorite fan-explanation for what is going to happen at the end of the movie,” concluded Latino Review.

“It’s a great place to let all the real-fact puzzle pieces sit as we patiently wait for a trailer.”