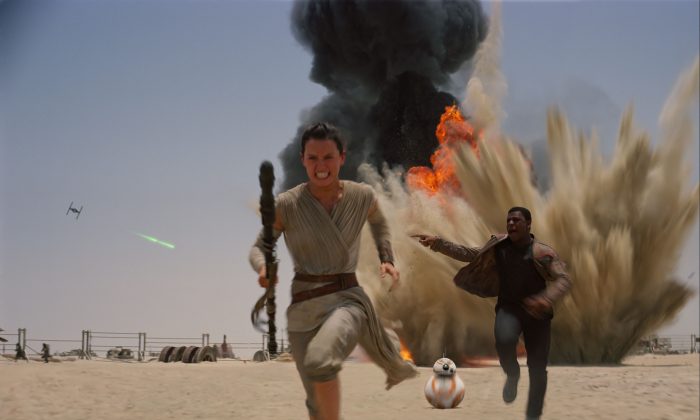 Star Wars Episode VII has blown many away, and now some people are already looking ahead to Episode VIII. Story includes spoilers for those who haven’t seen Episode VII.

Filming for Episode VIII actually started back in September on the island of Skellig Michael in Ireland.

That’s the island on which the final scene in Episode VII is shot, where Rey climbs the stone steps to find Luke Skywalker at the top. She holds out his old lightsaber to him.

The filming for Episode VIII is a likely continuation of that scene that would probably feature Luke’s response to seeing Rey and his lightsaber. Wider filming will start next year.

A release date for Episode VIII has already been announced–May 26, 2017. One of the spinoff films will be the Star Wars movie coming out in December 2016.

The next installment in the main part of the franchise is expected to feature Luke, Rey, Finn, Poe, and Captain Phasma.

Ridley recently told Variety that she’s already received the script, but refused to say much about it.

At least one new actor has been confirmed–Benicio Del Toro. He told a Spanish radio station that he’s “like the villain” in the movie, although he that hasn’t yet been confirmed.

Rian Johnson has been confirmed for a while as the lead writer and director for Episode VIII. He’ll also write for Episode IX.

Johnson is best known for the 2012 film Looper, and initially broke out with independent film Brick in 2005.

As attention slowly turns from Force Awakens to the next chapter in Star Wars, expect more details and potential spoilers to come out.