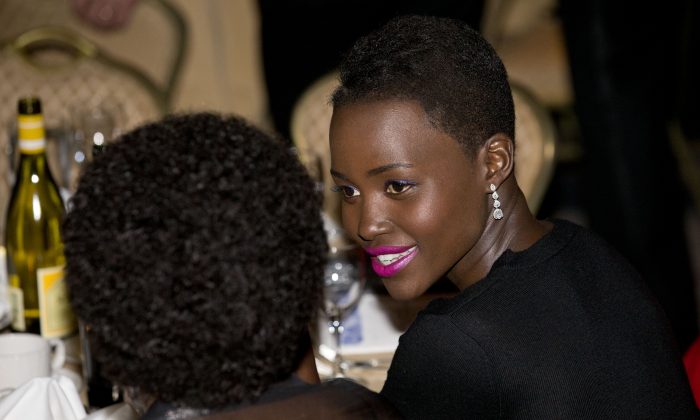 Lupita Nyong'o will reportedly be one of the villains in Star Wars Episode VII, as other speculation about the trailer release date has emerged. (AP Photo/Jacquelyn Martin)
Entertainment

Fans are wondering when the Star Wars Episode VII trailer will come out, as well as the latest plot rumors.

There’s no official trailer news but some researched speculation has emerged that pegs the trailer release date as being in July 2015.

Slash Film points out that the trailers for the previous Star Wars films hit about six months before the release dates.

Big trailers are often released for films that get released from the same studio. For example, the Man of Steel trailer was attached to The Dark Knight Rises.

Options in May are scant other than Avengers: Age of Ultron, which is more than six months away.

The more likely options are Jurassic World and Inside Out, both premiering in June 2015.

“‘m sure Jurassic World will be a PG-13 release, which likely knocks it out of contention. Disney is going to want to go as wide as possible with the first teaser, hitting both children and adults. The Episode II and Episode III teasers were attached to Pixar movies, so why not Inside Out?” Slash Film says.

It’s also possible that a teaser trailer will come out during the Star Wars convention in California in April, or Comic Con 2015 in July.

Meanwhile, sources from the set of Episode VII have reportedly told Making Star Wars that the film’s villains, played by Adam Driver, David Oyelowo, and Lupita Nyong’o, will be Jedi Hunters. Oyelowo has not yet been confirmed as having a role in Episode 7.

Driver had previously been rumored to be the main villain in the film. He and Nyong’o have been confirmed.

Another source said that the villains worship the Sith.