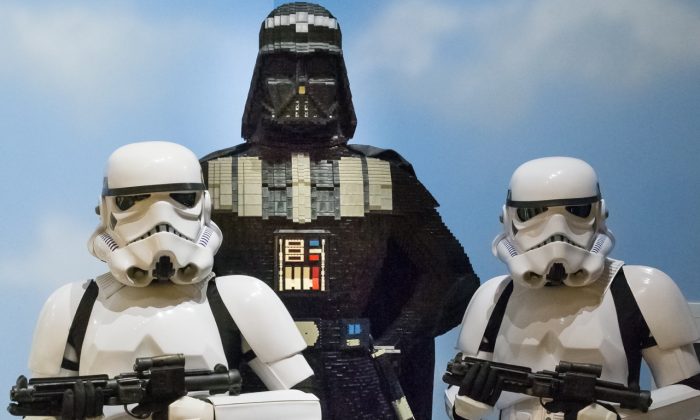 All photos by Don Clark/DCQPhoto.com
Canada

LEGOLAND Discovery Centre in Toronto put out its second annual Star Wars model display on March 5. The exhibit re-creates favourite scenes from the 1st Battle of Geonosis in Star Wars Episode II: Attack of the Clones.

The display uses 3,000 minifigures in the episode’s two displays which are guarded by stormtroopers.

Around 1,000 Geonosians and over 100,000 bricks make up the Geosnisian execution arena.

It is obvious that hours went into the mind-boggling detail of the sets.

There is also a holographic battle scene, and the displays have buttons to press to make things move, light-up or make sound.

All photos by Don Quincy/DCQPhoto.com