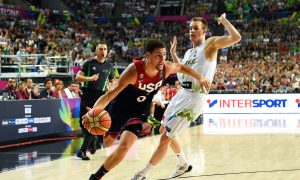 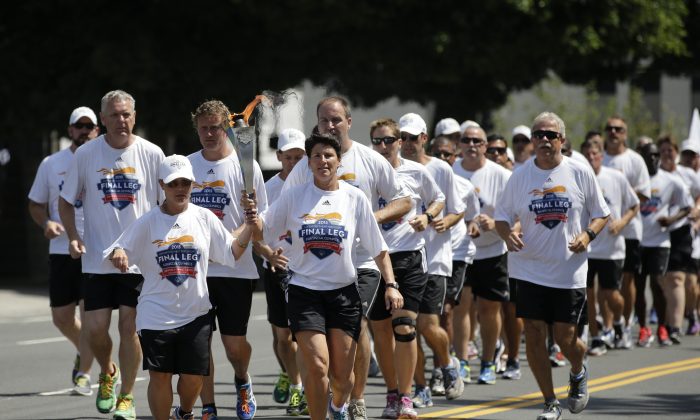 LOS ANGELES—Some 6,500 athletes from 165 countries — the most to converge on Los Angeles since the 1984 Summer Olympics — have poured into town this week to hit tennis balls, kick soccer balls, swim laps, ride horses, lift weights, even run a triathlon in the 2015 Special Olympics World Games.

But first it’s time to party!

The games kick off Saturday at the Los Angeles Memorial Coliseum with a rousing opening ceremony featuring music, inspirational messages and lots of celebrity appearances.

The real stars of the show, however, are expected to be the 6,500 athletes. They have come from all parts of the world to participate in 25 sports events over nine days.

“There’s no greater global stage than Los Angeles to create the awareness that leads to acceptance and inclusion of people with intellectual disabilities,” said Patrick McClenahan, president and CEO of LA2015, the nonprofit group that brought the Special Olympics back to Los Angeles for the first time since 1972.

McClenahan is a veteran broadcast executive and father of a daughter with autism.

Competition is open to athletes 8 years or older with intellectual disabilities that result in certain limitations in cognitive function and other skills. To reach the world stage, participants must take part in a sanctioned regional competition.

This week, they are being welcomed to Los Angeles by an all-star lineup of gold medalists from the traditional Olympics, including swimmer Michael Phelps, diver Greg Louganis and decathlon champ Rafer Johnson. The latter helped organize the first Special Olympics World Games in Chicago in 1968.

The games were the brainchild of President John Kennedy’s sister Eunice Kennedy Shriver, who held informal backyard competitions at her home before deciding to take the competition international in 1968. She said she believed everybody should have a chance to feel special.