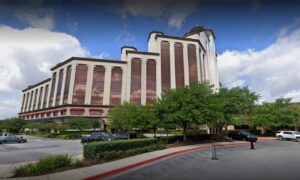 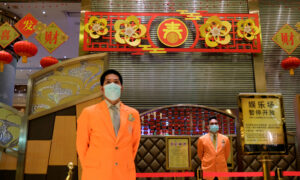 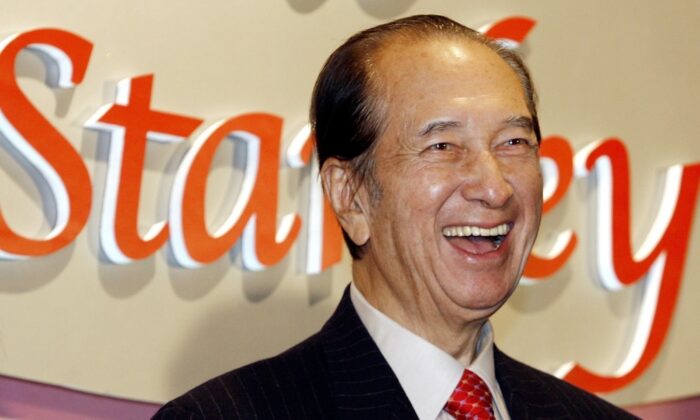 Ho was considered as the “godfather of modern gambling” in China, his long and eventful life tracked the ebb and flow of southern China’s fortunes. After a swashbuckling start as a kerosene trader, he ended up as Macau’s richest person, a lavish spender and debonair ballroom dancer.

A family statement said he died peacefully in his sleep, but did not give a cause of death.

Ho had stakes in businesses running everything from the ferries and helicopters connecting Hong Kong and Macao to department stores, hotels, Macao’s airport and its horse-racing tracks.

But he said he avoided the gambling floor.

“I don’t gamble at all. I don’t have the patience,” Ho told The Associated Press in a rare interview in 2001. “Don’t expect to make money in gambling. It’s a house game. It’s for the house.”

Ho was born on Nov. 25, 1921, into the Hotung family, one of Hong Kong’s wealthiest and most powerful. When he was 13, his father abandoned the family after being wiped out by a stock market crash during the Great Depression.

Ho’s studies at Hong Kong University were interrupted by World War II. Fluent in English and Chinese, he was working as a telephone operator for British forces when the colony fell to Japan. He boarded a boat for neutral Macao, joining refugees from mainland China in the dying fishing port.

“I had to throw away my uniform and run to Macao as a refugee,” Ho said in the 2001 interview.

During the war, Ho said he ran nighttime smuggling and trading trips up the Pearl River Delta, on one occasion surviving a pirate attack.

Eventually, he secured a four-decade monopoly on casinos in Macao, using that home advantage to build an empire that still dominated the industry for years after the local gaming market opened to foreign companies in 2002.

“Macao treated me so well. I went there with 10 dollars in my pocket and became a millionaire before the age of 20,” Ho said.

SJM’s market share in Macao dropped to 14 percent in 2019 from the more than 30 percent share it held a decade earlier.

Ho shrugged off allegations of ties to organized crime, such as a 2010 report by the New Jersey gaming commission that accused him of letting Chinese criminal gangs, or triads, prosper inside his casinos during the 1990s.

Ho occasionally made news with extravagant gestures such as paying $8.9 million in 2007 for a bronze horse head looted by French troops from China’s imperial palace 150 years earlier so he could donate it to a Chinese museum. He also twice bid a record $330,000 for truffles at charity auctions.

In 2009, Ho had brain surgery after reportedly falling at home. He spent seven months in the hospital and was rarely seen in public afterward, usually in a wheelchair.

Ho is survived by three of his wives and 16 children—his eldest son, Robert, died in a car crash in Portugal in 1981.

Daughter Pansy is co-chair of rival MGM’s Macao casino business. His son Lawrence runs another competitor, Melco. Another daughter, Josie, is an actress and singer.

In 2011, a very public feud erupted over control of his multibillion-dollar stake in Macao casino operator SJM Holdings Ltd.

Ho disputed a supposed transfer of his entire stake to five of his children and one of his wives, calling it a “robbery” contrary to his desire to divide the fortune equally among various family members.

The dispute eventually was settled after several lawsuits, and Ho transferred most of his SJM shares to family members while officially remaining chairman until he retired at age 96. He had left the same job at his Hong Kong conglomerate Shun Tak Holdings just a year earlier.

Ho was low key and quietly spoken in person, but proud of his role in transforming Macao from a decaying backwater deluged with refugees into the glittering destination is it today.

“In those days, the Portuguese said Stanley Ho was a dreamer. I have fulfilled all my promises,” Ho said in 2001. “I feel rather proud in having succeeded.”

By Zen Soo and Kelvin Chan

Florida Orders All Its Schools to Reopen Campuses in August
0