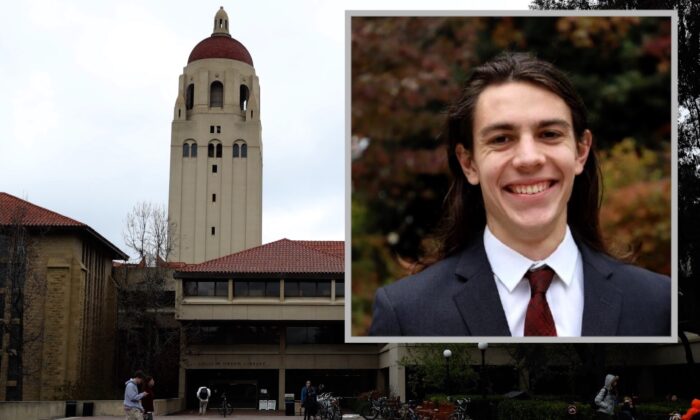 The letter is addressed to President Marc Tessier-Lavigne, Provost Persis Drell, and Associate Vice Provost Russell Furr. It demands a repeal to Stanford’s policy mandating that all students receive a COVID-19 booster by the end of January.

On Dec. 16, 2021, the university issued an update to the school’s COVID response, stating: “Students are strongly encouraged to obtain a COVID-19 vaccine booster, if eligible, prior to returning to campus for the winter quarter. And, all eligible students will be required to provide documentation of a booster, unless they have a medical or religious accommodation, by Jan. 31, 2022.”

Fischer told NTD Television that he also launched a petition about a week ago. He said the students who are against the mandates are not anti-booster or anti-vaccination. He said they are pro-bodily autonomy and support the idea of evaluating the data and making personal medical choices.

“I think that the decision to mandate boosters for all students really flies in the face of a lot of the evidence on the ground and a lot of things we should be valuing as Stanford, as that community,” said Fischer.

Fischer said that according to the university’s reports, 95 percent of the student population is vaccinated. He said data from the Centers for Disease Control and Prevention shows that the university’s student demographic is at low risk of serious illness from COVID-19.

“When you add on top of that the fact that boosters are not without risks themselves—there’s a developing body of research about the risks associated with boosters—I thought that it was irresponsible of Stanford to make that decision for its students instead of empowering its students to make their own decisions,” Fischer said.

E.J. Miranda, a Stanford University representative, told NTD in an email: “Our booster requirement, for students who are eligible, is intended to support sustained immunity against [COVID-19] and is consistent with the advice of county and federal public health leaders. A high level of immunity within our student community will help us continue in person educational activities and puts us in a better position to deal with the risk of future variants, especially in our students’ congregate living settings.”

Fischer said that overall, the reaction has been very positive. One of Stanford’s professors, Dr. Jay Bhattacharya, expressed support and gratitude towards Fischer for speaking up for freedom.

Fischer said, “I’ve gotten a lot of emails from parents, from students, from alumni, and from staff at Stanford right now who expressed their support.”

Other universities around the country are holding similar efforts. Groups of students from the University of Chicago, Cornell University in New York, and George Mason University in Virginia are speaking out and running online petitions calling for an end to vaccine-related mandates.

With reporting by NTD’s Jason Blair.