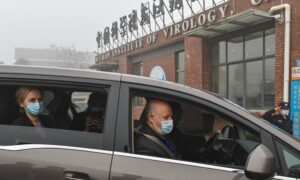 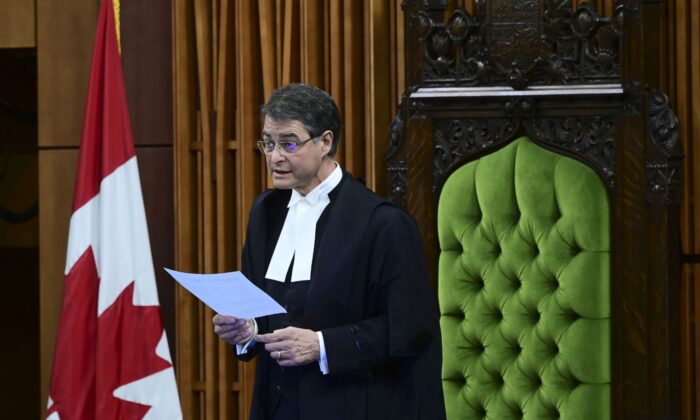 Standing Up for Parliament: Government vs Speaker Lawsuit

A federal government lawsuit against the Speaker of the House to prevent the disclosure of sensitive documents has highlighted the Speaker’s importance.

Conservative MP Andrew Scheer, who was once a Speaker himself, said standing up to the government has long been part of the Speaker’s job.

“The joke that clerks used to tell me—there was a bit of a tradition of clerks telling newly elected Speakers that there’s several Speakers who lost their head when they stood up for Parliament against overreach of the executive branch of government,” Scheer said in an interview.

Opposition MPs on the Special Committee on Canada-China Relations have been trying since March to acquire classified documents regarding the firing of scientists Xiangguo Qiu and her husband, Keding Cheng, who had worked at the National Microbiology Laboratory in Winnipeg and had transferred deadly Ebola and Henipah virus samples to the Wuhan Institute of Virology in China. The pair were escorted out of the Winnipeg lab in 2019 and were formally fired in January 2021.

Conservative Leader Erin O’Toole made a successful motion in June in the House of Commons requiring Public Health Agency of Canada (PHAC) president Iain Stewart to appear before the Speaker to be reprimanded over his refusal to provide the documents. Stewart was also expected to deliver the documents at that time, but he came empty-handed and suffered the first such admonishment of a private citizen since 1913.

The Speaker of the House, Anthony Rota, pondered a proposal to send the Commons Sergeant-at-Arms to search PHAC’s offices and seize the documents, but the government filed an application in Federal Court to prevent him from doing so. The government filing claims that the Canada Evidence Act allows them to keep some of the requested information secret since full disclosure would be “injurious to international relations or national defence or national security.”

In response, Rota told MPs in a letter that he would fight “tooth and nail” to protect the principle “that the legal system does not have jurisdiction over the operations of the House. We are our own (court).”

Back in 2010, Speaker Peter Milliken ruled that Parliamentarians should see documents concealed by the Conservative government regarding Afghan detainees. Miliken wrote, “the procedural authorities are categorical in repeatedly asserting the powers of the House in ordering the production of documents. No exceptions are made for any category of Government documents, even those related to national security.”

This precedent stands, according to Scheer.

“If previous governments could deal with issues of national security and the safety of a military operation, then surely to goodness we can figure out a way to release documents about this lab in Winnipeg,” he said.

“In our system, the government is accountable to the House of Commons. This is how the people of Canada exercise their control.”

Scheer was Speaker of the House from 2011 to 2015 during the Conservative majority government. He said Rota demonstrates the commitment and impartiality the job demands.

“I’m thrilled that Speaker Rota made this decision. It’s the right call.”

The Epoch Times reached out to the Justice Department for comment but didn’t hear back.

Allan Tupper, political science professor at the University of British Columbia, told The Epoch Times that speakers are chosen for their “fairness and experience, commitment to the institutions of Parliament, and objectivity and capacity to go beyond the day-to-day struggles of the House.”

“Speakers end up in often quite intense conflict with governments,” he said, but taking those conflicts to court is rare.

“The current federal government likes to understate things. And the minister of justice saying this is just a sort of routine matter of public business—I mean, it’s not,” he said.

“The government’s going to have to think this through more deeply.”

“The history of the Commons is hazy, but we do know it was sitting separately by 1346 and electing its own Speaker by 1376 for the express purpose of controlling its own affairs,” Robson said in an interview.

“The most famous case in England of a dramatic defiance was William Lenthall, literally dragged from the Speaker’s Chair by Charles I’s thugs in 1642. … As Speaker under Elizabeth I, Edward Coke was more tactful but definitely not supine, for instance insisting on MPs’ freedom of speech when she told him to shut them up. And under James I, when the king ordered Parliament not to debate his foreign policy, it immediately did.”

Even Henry VIII, who wrested authority over the Church from the Pope, could not bully the Speaker, Robson said.

“Henry VIII threatened various MPs, including Speakers, with death if they did not pass his bills, which they often did. However, on vital matters of principle they defied him.”