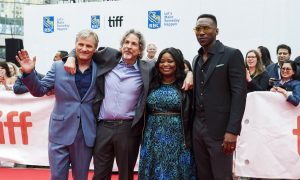 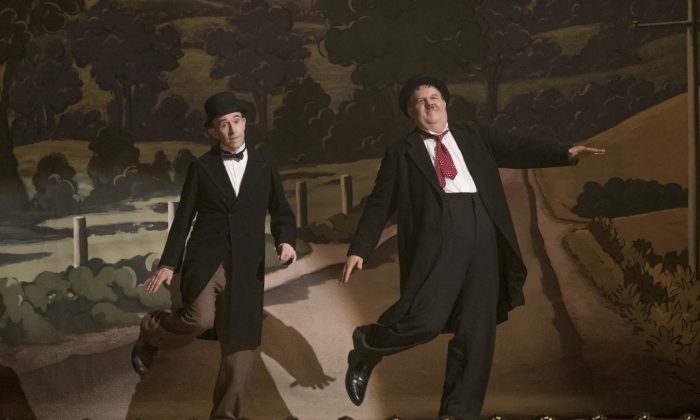 ‘Stan and Ollie’: A New Biopic of the Aging Comedy Duo Is a Touching Love Story

Stan Laurel and Oliver Hardy (or “the boys” as they were often known) can, arguably, be regarded as the greatest double act that comedy has produced. If their star has waned somewhat in the past couple of decades, it is surely because of a lack of exposure rather than their humor going out of style. We can hope that this new film, which has harnessed the considerable comedic talents of Steve Coogan as Laurel and John C. Reilly as Hardy will do its bit to bring their timeless brilliance back to the fore.

It’s a heartwarming yet bittersweet tale. By 1953, the year of their final tour (the tour that the film “Stan and Ollie” is based around), their film career was over. It had been on a downward trend ever since they left the Hal Roach Lot (or the “Lot of Fun” as it was dubbed) to work for 20th Century Fox in 1941. The move curtailed Laurel’s freedom as the writer and de facto director of the films and, as a result, the quality declined, though they were still financially successful.

Their last film, “Atoll K” (also known as “Robinson Crusoeland” in the UK and “Utopia” in the United States) appeared in 1951 after a seven-year gap, but owing to a number of factors (including Laurel’s ill health at the time), the film is thin gruel indeed compared to work they produced in their heyday in the 1930s.

In contrast to their on-screen personas, it was Laurel who was the brains of the operation. “Babe” (as Hardy was known to his friends) preferred to spend time on the golf course. “After all,” he said, “just doing the gags was hard enough work, especially if you have taken as many falls and been dumped in as many mudholes as I have. I think I earned my money.”

When he wasn’t in front of the camera, Laurel would spend his time writing, working out gags, and assisting the director and editor of their films. Indeed, even after Hardy died in 1957, Laurel found solace in writing sketches for the two of them that would obviously never be produced.

The pair had toured the UK in 1947 and again in 1952, though this latter tour had not included any London dates. The theatrical impresario Bernard Delfont, who had brought Laurel and Hardy over from the United States, seemed more intent on promoting a new star—a fresh-faced comedian called Norman Wisdom. Indeed, Laurel and Hardy’s only visit to a London theater in 1952 was as featured audience members in Wisdom’s show at the Prince of Wales Theatre before returning to the States on The Queen Mary in October 1952.

The 1952 tour had been a success, despite the failing health of the stars: In 1949, Laurel realized he was suffering from diabetes, and Hardy’s weight had risen to well over 300 pounds.

Delfont tempted them back for what turned out to be their final tour in 1953. They landed in the small port of Cobh, County Cork on Sept. 9, 1953, and although there had been no advance publicity of their arrival, clearly the news had reached the town. Not only was the dock filled with people, but as a special tribute to the duo the church bells played their “Cuckoo” theme tune. As Laurel later recalled:

“All the church bells in Cobh started to ring out our theme song, and Babe looked at me, and we cried. Maybe people loved us and our pictures because we put so much love in them. I don’t know. I’ll never forget that day. Never.”

It was to be the high point of what would turn into a difficult and exhausting tour. Once again, the tour would not include a major West End London theater, though they did play at venues in Finsbury Park and Brixton. On May 17, 1954, they played the Palace, Plymouth. The Plymouth Evening Herald reported that:

“Laurel and Hardy … look a little older and are not so boisterous as they used to be—perhaps because Oliver Hardy was suffering from a chill and had to have penicillin treatment before the act last night—but all their old cleverness and that delightful craziness is still there.”

It was not a chill that had afflicted Hardy, but a mild heart attack. The tour was scheduled to continue for some months, but although they appeared on “This Is Your Life” in December 1954 and filmed a small vignette for a 1955 BBC program celebrating the Grand Order of Water Rats (a charitable organization consisting largely of show-business personalities), it was Plymouth that saw the curtain come down on their career.

Hardy’s health never really recovered, and he died in 1957 at the age of 65. Laurel retired to an apartment building in Santa Monica with his wife, Ida, where he lived out a comfortable retirement. Amazingly, he was listed in the phone directory and fans regularly just rang him up. He also received visits from fans such as Dick Van Dyke, Peter Sellers, and Jerry Lewis before he too died, in 1965.

Their influence lives on, though. Comedians such as Ricky Gervais, Frank Skinner, and Stuart Lee, as well as Steve Martin, Billy Crystal, and Bette Midler have all professed their love for “the boys.”

What comes through the screen is their unshakeable love for each other. No matter how they bicker or poke, punch, and pinch each other, they—and we—know that their bond is unbreakable, and what could be more lovable than that?

David James is a senior lecturer at the Manchester Metropolitan University in Manchester, England. This article was first published on The Conversation.