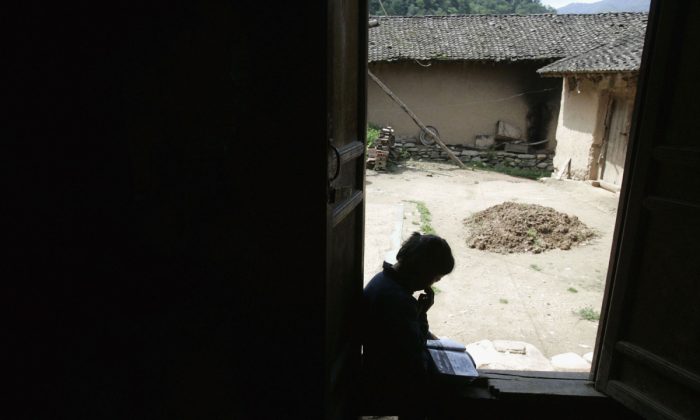 Stalker Harasses, Murders Woman and Her Son 12 Years After One Failed Blind Date

A man murdered a woman and her son after stalking her for 12 years from a one-time unsuccessful blind date, according to Chinese online media outlet Red Star News.

The man, named Yuan Baoping, murdered Wang Jinxia, 34, and her seven-year-old son on the morning of Feb. 8 in their home in Tianshui City, Gansu Province, China. Yuan sneaked into the house and stabbed the two while they were still asleep.

“He was just like pestilence, [he] bothered my daughter everyday,” Wang’s father told Red Star News.

Chinese police ignored years of reports about Yuan harassing Wang and her family. An official request to arrest Yuan was made over a month after the murder. The July 24 report did not include sentencing or charges against Yuan.

Police in Tianshui City also criticized Wang’s husband for publicizing their failure in duty. Yang mentioned in multiple media reports, including telling Red Star News, that the police did not take action against Yuan for the years of harassment.

One social media referenced another instance of police ignoring on-going reports of harassment of a woman from a former love interest. The man broke into the house, and the father killed the stalker in self defense. The father was arrested, only to be released after a massive online reaction in his favor.

On the morning of Feb. 8, just several days after the Chinese New Year, Wang’s family were getting up one by one. Her husband, named Yang Jianchuang, got up to go use the bathroom in the back of their countryside house, while their 10-year-old daughter watched T.V. in their family room. Wang and her son were still sleeping inside.

In this time, Yuan sneaked into their house, and into the family bedroom. He silently stabbed both the boy and Wang to death, and escaped from the house unnoticed.

“I was in the bathroom out back, my dad was getting water from the well, it was only a few minutes, and then the killer struck my wife and son,” Yang told Red Star News. “He had already planned the ambush, he was watching the whole time!”

At about 7:30 a.m., Wang’s daughter wanted to wake up her little brother to watch T.V. with her. When she opened the door to the bedroom, she found him laying on the floor. Wang was still on the bed, and the girl ran to tell her father.

The family called the police and the local hospital, but it was too late.

When the police arrived, Yang told them about the only person he suspected: Yuan.

Yuan was later found in a nearby valley, apparently attempting to commit suicide. “He confessed to bringing three murder weapons to my house to kill my wife and son,” Yang told Red Star News.

In 2007, Wang’s family was helping her to look for a partner, which is still common in Chinese culture. A neighbor in their village suggested that Wang meet Yuan, similarly to a western blind date.

“After meeting him just one time, everyone in the family was against the relationship,” Wang’s father told Red Star News. Further, Wang learned from friends that Yuan had stabbed classmates while in school, and lied about having his own place to live.

Wang refused Yuan, and thought that would be the end of it. “He harassed her for a long time,” Wang’s father told Red Star News.

That same year, Wang met her husband, Yang Jianchuan. She was married in 2008, and later had a daughter and then a son. The marriage did not stop Yuan. He continued to stalk and harass her for the years to come.

The first significant incident occurred in 2010, when Yuan took a knife and got into Wang’s parents house, threatening to kill their entire family. Her parents wrestled the knife from him, and Yuan escaped from the house. He caused trouble at their house several times afterward.

In 2011, Yuan took a gas can to Wang’s parents house, and threatened to burn their house to the ground. He was driven away by the police, but not arrested.

In 2015, when Wang’s daughter was four-years-old, Yuan harassed her family once again. Wang’s mother took the young girl to the market, and was followed by Yuan, who was carrying a knife. The two hid from Yuan near a school, while he attempted to attack them. A passerby helped them to escape.

Yuan kidnapped Wang in 2016, when he found her outside of a kindergarten waiting for one of her children. She managed to escape from him, but not before he beat her, ripped her clothing, and destroyed her cellphone.

“From when I called the police until my wife made it home, not a single police officer showed up,” Yang told Red Star News.

It took over a month for the police to make an official request to arrest Yuan on March 23 since the murder. They denied any failure in their duty, and criticized Yang for creating a bad image for the local police, according to Red Star News.