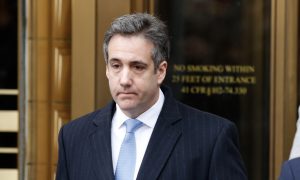 The Constitution, Michael Cohen, and the Devolution of the Bill of Rights
0
Share Now
TelegramFacebookTweetEmailTellMeWeReddit
Copy Link 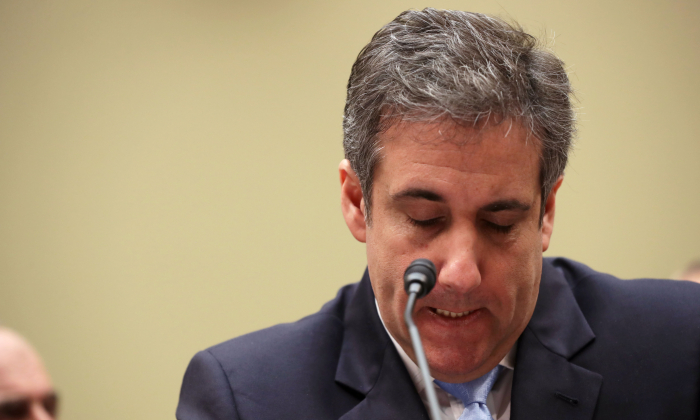 Michael Cohen’s testimony before the House Oversight and Reform Committee has evoked comments that range from laugh-out-loud ludicrous to seething indignation.

In the first category belongs committee Chairman Elijah Cummings (D-Md.), who told Steve Kroft in a “60 Minutes” interview in January: “We are in a fight for the soul of our democracy. And you’ve got to understand that. This is serious business.”

At least he got the last part right, about the committee’s seriousness in pursuing its goals. The problem is, Cummings unveiled the hearing’s real purpose by readily accepting the words of a habitual liar who, not incidentally, contributed to their “Impeach Trump” portfolio.

The second category includes remarks made by outraged Republicans who insist that the only honest statement Cohen ever made was getting his name right on documents he signed to acknowledge his criminal activities. Ranking member Rep. Jim Jordan (R-Ohio) fumed that Cohen’s appearance before the committee was “the first time a convicted perjurer has been brought back to be a star witness in a hearing.”

Rep. Andy Biggs (R-Ariz.) declared, “In any normal world, anything Cohen says would be immediately discarded because he is a pathological liar. But in Washington, the Democrats are giving him great credence because he will tell them what they want to hear.”

Of course, telling Democrats “what they want to hear” nails the point conclusively. This implies collusion, a point substantiated by Cohen himself when he admitted that he “spoke to Mr. [Adam] Schiff about topics that were going to be raised at the upcoming hearing.”

David Catron observed in The American Spectator that “one could actually see Lanny Davis [Cohen’s attorney] cringe” when Cohen made that comment. Why? Because his simple slip of the tongue confirmed what is perhaps the only point on which both Democrats (quietly among themselves) and Republicans (overtly) could agree—the whole exercise was a fraud.

It’s an American version of a show trial, but without the terror and mass executions—in other words: Stalinism light.

Show trials are the particular province of totalitarian societies, and the Soviet Union under Joseph Stalin was the trailblazer in all aspects, from arrest and confinement of the accused to theatrical admissions of culpability for crimes the regime’s targets didn’t commit. The tumultuous times in the 1920s, during which Stalin solidified his power, provided instructive methods of how to create a fictitious crisis, single out those assigned to be responsible, and put them before a staged trial, amid catcalls and death threats shouted by regime stooges planted in the chamber.

Thus, in 1929, Stalin’s regime rounded up a group of engineers and accused them of “wrecking,” which was the standard charge to cover up ordinary accidents in the workplace. The trials were also an excellent propaganda tool to broadcast the general secretary’s omniscience: “It’s not easy to fool Comrade Stalin!” was the catchphrase.

The first one involved a child denouncing his father and calling for his execution; his wishes were promptly acted on. After that, “the trials went exactly as Stalin planned them,” down to the last raucous crowd scene, “like some gigantic production by the Soviet cinéaste Sergei Eisenstein,” according to historian Paul Johnson. Nothing was left to chance.

The effectiveness of these tactics was demonstrated during one of the most horrific times in 20th-century history, referred to as The Great Terror. In 1936, Grigorii Zinoviev and Lev Kamenev, both prominent Bolsheviks, were accused of spying for foreign countries and colluding with a Trotskyite conspiracy to murder Sergei Kirov, a charismatic rising star in the party who actually was killed on Stalin’s orders.

“Give me long enough and I will have them confessing that they are the King of England,” one of the interrogators boasted about the drive to collect evidence from political prisoners to be used against Zinoviev and Kamenev. The two men were innocent of all charges, of course, but were blackmailed to make elaborate confessions to fabricated crimes with the assurance their families wouldn’t be harmed, a promise Stalin didn’t keep; Kamenev’s wife and sons were killed.

Did these show trials accomplish their purpose? The answer is that these legalistic monstrosities were dreadfully effective and especially convincing to foreign audiences.

Consider the responses of some U.S. journalists present at the scene. According to The New Republic, for instance, “We see no reason … to take the trial in other than its face value. Foreign correspondents present at the trial pointed out that the stories [of the defendants] … corroborated each other to an extent that would be quite impossible if they were not substantially true. The defendants gave no evidence of having been coached, parroting confessions painfully memorized in advance, or of being under any sort of duress.”

Perhaps the most memorable and notorious account was submitted by Walter Duranty, writing for The New York Times: “A widespread plot against the Kremlin was discovered, whose ramifications included not merely former oppositionists but agents of the Nazi Gestapo.” He went on to declare “it was unthinkable” that Stalin could have sentenced his friends to death “unless the proofs of guilt were overwhelming.” He later would come to regret this facile assumption.

Which brings us back to the United States—and the present time—to comment on the significance of the Cohen hearings, and perhaps to parry thoughts that plunging into the unspeakable evils of Stalin’s regime takes us a trial too far, so to speak. After all, the United States is not the USSR, and Cohen offered his testimony willingly, although likely for self-serving purposes.

Still, both experiences suggest that show trials, under any circumstances, have the following characteristics:

Firstly, truth is irrelevant. Objections to testimonies on the basis of their staged character or complete lack of verisimilitude are completely beside the point, as both Republicans and Democrats likely agree. The purpose of a show trial is political in that it confirms the beliefs of the people inclined to concur with the testimony anyway. In other words, Democrats wanted to appeal to their base, accumulate additional weapons to wage war against a president they despise, and do it all in a fashion that seems congruent with accepted legal and procedural norms.

Secondly, political agendas supersede the national interest. While the Cohen carnival was triggering tempers and raising blood pressures on Capitol Hill, President Donald Trump was in Vietnam trying to negotiate with the North Korean dictator to deal with a problem that has vexed U.S. presidents for the past several decades. Any president would, of course, welcome political support for his efforts, but none was forthcoming; Democrats on the committee and in Congress didn’t care.

In fact, they haven’t cared much about anything else since the 2016 election. Calls for Trump’s impeachment rang out before he even took office. They were indifferent to Hillary Clinton’s self-serving and near treasonous activities when she served as secretary of state; they had nothing to say when a president of the United States went out of his way to demean his own country; and they clung to absurd fabrications that propelled a special prosecutor to pursue an investigation worthy of Seinfeld about nothing for two long, belief-suspending years. Democrats have behaved like true Trotskyites; nothing matters to them but the party agenda.

Lastly, show trials are effective. These legalistic affronts to truth and common sense will continue because, as we have seen, they produce the desired effects. For instance, Bill D’Agostino reported that “Talking heads on liberal cable (CNN and MSNBC) and broadcast (ABC, CBS, and NBC) news shows invoked either Watergate or John Dean a total of 112 times between 6 p.m. EST on February 26 and the same time the following day.”

Of course, such reports from the United States’ Sovietized media hardly constitute a revelation, but their effect on the general population is undeniable. Thus, on March 1, The Hill—a publication that follows congressional news—reported that their poll showed 58 percent of Democrats found Cohen’s testimony credible compared to “just 11 percent saying they did not find him credible.” Less than half of Republicans felt he was credible—an important figure by itself. No wonder that committee Democrats conclude that, regardless of Cohen’s lying habits in the past, it was a good idea to seat him behind a table and give him free rein. The media and their base eat it up.

Which means that the country likely will endure more show trials in the future, especially if Trump wins re-election and Democrats win both houses of Congress. Given Democrats’ execrable sympathies for socialism, their grandiose plans to expand and centralize the U.S. government, their embrace of infanticide, and their desires to imprison “climate deniers,” such activities may not stand out as much.

But somewhere, in a compartment of hell reserved for Marxist dictators, one can imagine a smile creeping across the lips of Stalin.