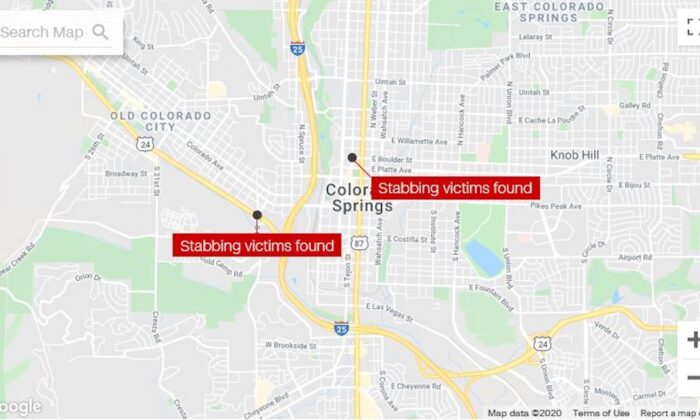 A man allegedly stabbed eight people at several locations in Colorado Springs, Colorado, in what police said was a random spree of violence. (CNN)
US News

A man allegedly stabbed eight people at several locations in Colorado Springs, Colorado, early Monday morning in what police said was a random spree of violence.

The attacks ended after victims detained the suspect.

Police responded to a call about 1:30 a.m. and found two people stabbed. The suspect had fled on walking trails that led through America the Beautiful Park, and officers who began to check there found more victims, police said.

Officers spread out to search and received reports that the suspect had stabbed several more people about a mile and a half away from the earlier stabbing, police said.

There, police found the suspect, who was being detained by some of his victims, police said. He was then taken into custody.

“The attacks appeared be random and there is no known relationship between the suspect and the victims,” the report says.

All eight victims were taken to hospitals for treatment, the report says.