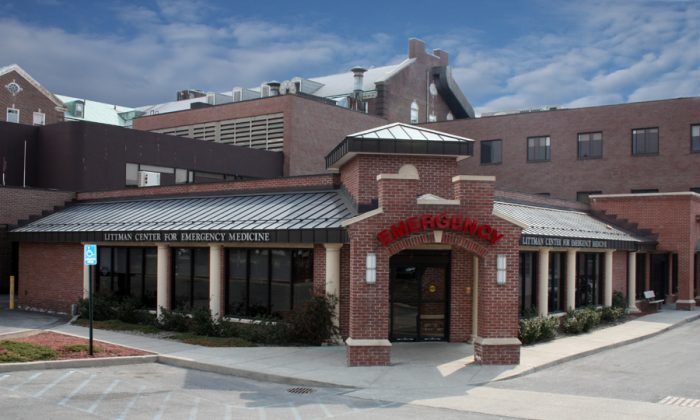 GOSHEN—Orange County officials are scrambling to stop the closure of the emergency department at St. Luke’s Cornwall Hospital after its board of trustees announced July 21 it would be closing the department for financial reasons.

The hospital said it has seen a decline in emergency room patients over the last seven years, and last year it saw an average of 1.6 patients an hour, only 10 percent of which needed hospitalization.

The plan to close the emergency department, which would go into effect Oct. 1, would save $3.2 million a year, the hospital said.

“Five urgent care centers have opened within nine miles of the Cornwall [Emergency Department] ED in recent years,” St. Luke’s said in a press release. “This, coupled with the expansion of primary care throughout SLCH’s service area make two emergency departments within five miles of each other a model that is no longer sustainable.”

Legislator Kevin Hines, a Cornwall Republican who chairs the county’s Emergency Services and Public Safety Committee, said it would “overwhelm” the Newburgh hospital, which is so crowded that it is already putting people in the halls.

St. Luke’s said it is taking “proactive steps” to ensure that Newburgh can handle the increase in patients, and pointed to overnight valet parking and expansion of the emergency department’s “fast track” program as examples of changes being made to accommodate the increase.

Hines and others also worry that it will lengthen the time it will take for people to receive medical attention in the area, especially at Highland Falls, from which it would take 22 minutes to get to Newburgh under good weather conditions, Hines estimated.

“If Newburgh’s on divert, I guess the option would be Orange Regional [Medical Center in Middletown] or Vassar [Brothers Medical Center in Poughkeepsie], which sounds like a death sentence,” Hines said.

It would also affect the county’s emergency plans for Stewart International Airport in New Windsor, and Indian Point, a nuclear power plant across the Hudson River in Westchester County.

“[And] there’s other things that can’t be discussed publicly,” Hines said at the July 21 Public Safety and Emergency Services Committee meeting.

Local, county, and state leaders have all decried the closing, and many met with hospital officials July 22 to get more information.

County Executive Steven Neuhaus said in a press release that he hoped the state would intervene, pointing to examples of where this has happened before in the area.

“I encourage State officials to work with the State Health Department to deliver emergency aid to St. Luke’s, as has been done elsewhere to save hospital services,” he said.

Assemblyman James Skoufis, who represents Cornwall, called the closing an “affront” and said in a statement the plan “will not move forward without a fight.”

Skoufis was involved in a similar situation three years ago when the hospital proposed cutting nighttime hours for the Emergency Department to save costs. After people sent several thousand emails to hospital trustees, lobbied the Department of Health, and threatened legal action, Skoufis said they finally conceded.