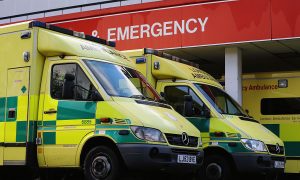 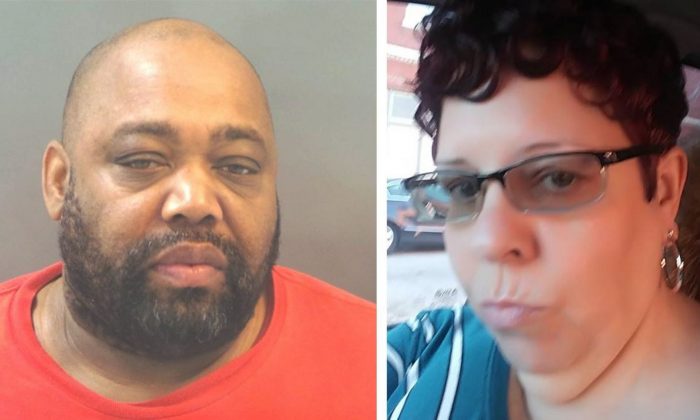 A St. Louis man who was facing domestic assault charges in jail posted $5,000 bail thanks to a non-profit group, then allegedly went to his wife’s home and beat her to death.

Scott was initially arrested on April 5 and accused of hitting his wife, Marcia Johnson, in the face, injuring her ear and cheekbone back in January.

He had also threatened to kill her, according to a probable cause statement.

His bail was posted on April 9 by the St. Louis branch of the Bail Project which describes itself as a “non-profit organization designed to combat mass incarceration by disrupting the money bail system.”

Scott went to his wife’s home on Wisconsin Avenue at 7:45 p.m. on the evening of his release. A friend found her bloodied and unconscious later that evening, according to a probable cause statement.  She had a broken eye socket, several broken ribs, and was bruised from head to toe.

Her daughter set up an online funding site to help with medical costs, saying her mother had suffered a “traumatic life threatening event from the result of domestic abuse. She is in a comatose state and fighting for her life.”

She died of her injuries six days later, on April 14.

“My heart is broken,” wrote her daughter. “A piece of me and my sister died when she did.”

Preliminary findings showed she died from blunt force trauma, according to the St. Louis Dispatch.

“No one could have predicted this tragedy,” Steinberg said in a statement. “It’s important to remember that had he been wealthy enough to afford his bail, or bonded out by a commercial bail bond agency, he would have been free pretrial as well.”

According to the St. Louis Dispatch, court records show that when his wife originally told him she had reported him, Scott had told her he “might as well finish what (he) started since (she) was going to contact the police.”

Scott had previous convictions for drug crimes and assault dating to the 1990s.

The St. Louis Bail Project posted his bail on April 9. At about 11 p.m. that night, police were called to the home Scott…

According to the Bail Project Website, they hire “Bail Disruptors” to identify people to bail them out. It describes these workers as “passionate activists” and says many of them have experienced the bail system firsthand.

The website states that they regard posting bail as “resistance against a system that criminalizes race and poverty” and as an “act of solidarity with local communities and movements for decarceration.”

According to the Dispatch, St. Louis Circuit Attorney Kimberly M. Gardner plans to meet with Bail Project leaders to “help them better understand the risks to victims and witnesses when posting bail for any type of domestic violence cases.”

Scott is now jailed on a $1 million bond.

According to AP, Scott does not have a listed attorney who could comment on the allegations against him.