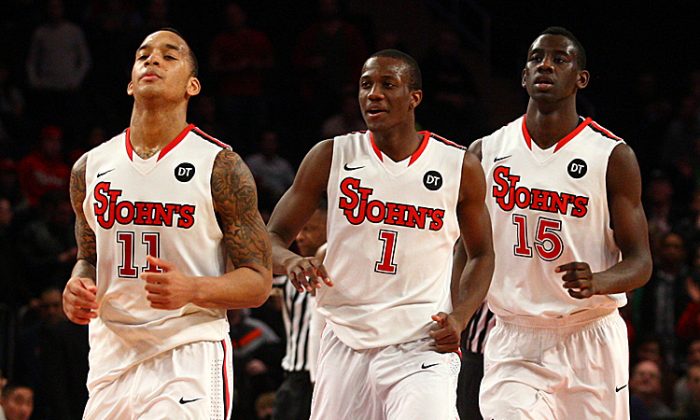 The win was the third straight for the Johnnies and snapped a nine-game winning streak by the Irish.

St. John’s, which started an all-freshmen lineup for the ninth time this season, never trailed in the contest and led by as many as 14 points in the second half, though they had to stave off an Irish rally late in the game.

With just over 13 minutes left the Irish whittled away a 45–31 deficit all the way down to 59–58 with just 44 seconds remaining courtesy of a layup by Notre Dame forward Scott Martin. The deuce gave Martin a team-high 18 points on the day.

On the Johnnies’ ensuing possession, the team ran the shot clock all the way down before forward Amir Garrett found his way through the defense for a driving layup with nine seconds left.

“He made a heck of a shot,” said Notre Dame head coach Mike Brey.

The Irish had a chance to tie the game at the other end but the game-tying, 3-point attempt by guard Alex Dragicevich was off.

Notre Dame finished an abysmal 4/31 (12.9 percent) shooting from behind the arc.