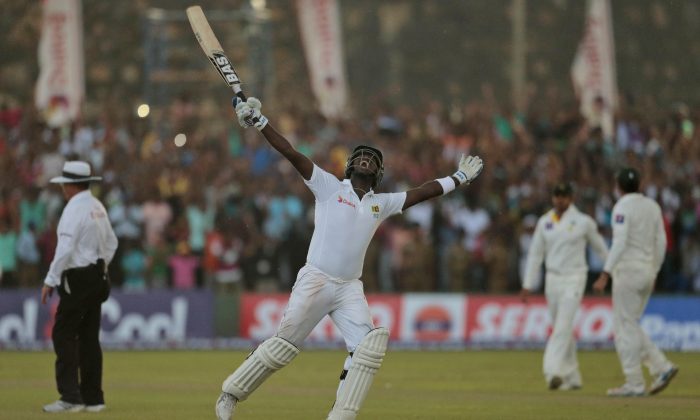 It’s Pakistan vs Sri Lanka in game 2 of the 2 Test Series on Thursday, August 14.

The match will be broadcast on PTV Sports in Pakistan and CSN in Sri Lanka.

Live streaming will be available via Geo Sports in Pakistan, MTV Sports in Sri Lanka, and Star Life OK in the United Kingdom.

Sri Lanka won the first game of the Test by seven wickets.

That followed their triumphs over Pakistan at the Asia Cup earlier this year. In fact, Pakistan has not beaten Sri Lanka since December 13.

They’ll have plenty of opportunity, though. The teams will move to a 3 ODI series after this match, starting on Saturday, August 23 at the Mahinda Rajapaksa International Cricket Stadium, Hambantota.

The other two games are scheduled for Wednesday, August 27 at the R.Premadasa Stadium, Colombo and Saturday, August 30 at the Rangiri Dambulla International Stadium, Rangiri.

After those matches, Sri Lanka has no matches scheduled until November, when it will take on England again starting on November 26–but this time on its home turf–in a 7 ODI series.

Pakistan is slated to play a T20I and a 3 ODI series against Australia in Dubai in United Arab Emirates, starting on October 3.