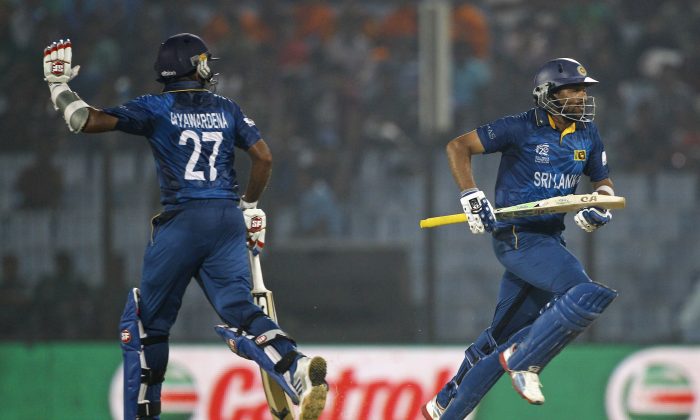 UPDATE: Sri Lanka won by 59 runs in the crucial match to make it into the semifinals.

The team will on April 3 face the winner of the West Indies-Pakistan game.

The game will be broadcast on SKY TV in New Zealand, Fox Sports in Australia, and STAR Sports in the Indian Sub-Continent (India, Bangladesh, Nepal, Sri Lanka, Maldives, Bhutan).

Sri Lanka is coming off a six wicket loss to England after beating the Netherlands by nine wickets and South Africa by five runs.

New Zealand is coming off a six wicket win over the Netherlands after beating South Africa by two runs and England by nine runs.

The teams are tied for second place in Group 1 with two wins and one loss each.

South Africa is on top of the group after winning three games and losing one and is assured a spot in the semifinals.