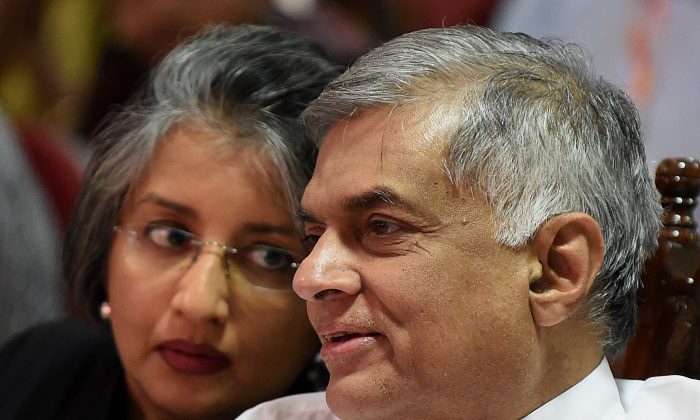 Sri Lanka’s prime minister has announced officials would use social media to seek public opinion on a proposed new constitution aimed at preventing a return to ethnic war.

Ranil Wickremesinghe said Sri Lanka will use social media to help draft a new statute to devolve more powers to minority Tamils and ensure unity after decades of war.

“Sri Lanka could be the first country to get views expressed on social media [to contribute to] drafting a new constitution,” he said. “We want to seek the view and opinions of young people. Participate in this process.”

Sites such as Facebook and Twitter played a key role in supporting Wickremesinghe’s election in August as well as during the January 2015 presidential election at which he supported Maithripala Sirisena.

Since coming to power, the new government has set up free wi-fi zones in many public places to encourage the use of web-based services.

The government is opening a new office in Colombo to start receiving written proposals from the public for the new constitution.

Wickremesinghe travelled to the former wartorn zone of Jaffna in the north on Friday, January 15th, to pledge to devolve political power to minority Tamils.

He has also promised to prosecute both state forces and Tamil rebels accused of war crimes in the final stages of the island’s 37-year-old separatist war, in line with pledges to the UN Human Rights Council last year.

Sri Lanka’s year-old government has begun drafting a new constitution aimed at resolving the drawn-out ethnic conflict which ended in 2009 and claimed 100,000 lives.

The issue has been fraught, however, with hardline members of the Sinhalese majority opposing a federal system that would ensure more political power for minority Tamils.

Some minorities fear a “unitary” constitution would see them lose out while moderate Tamils who want to remain in a single union have pressed for greater power in areas where they are in the majority.