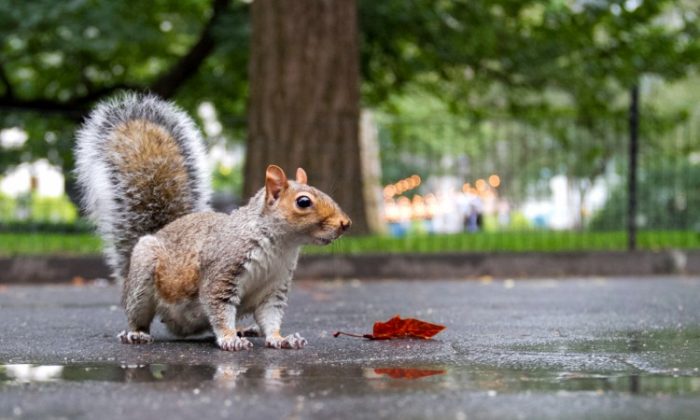 Squirrel-Killing Contest in NY Under Fire

NEW YORK—The “Squirrel Slam,” a squirrel hunting contest being held upstate New York next week, has drawn heavy fire from animal rights groups and a New York official, who have announced plans to protest against it.

The contest, located in the town of Holley in Orleans County and held on Feb. 16, gives out cash prizes and guns for the number of squirrels killed, according to the Holley Fire Department, which is sponsoring it. The fire department is holding the contest as a fundraiser.

The contest has been criticized by several animal rights groups, who claim it promotes violence against animals, and it now has another opponent: New York Senator Tony Avella of Queens.

Avella, along with Friends of Animals, will hold a press conference to protest against the Squirrel Slam “to immediately cancel the event,” according to a statement from his office. The protest will take place at the LCA Press Room, Room 130 of the Legislative Office Building in Albany on Monday.

“Squirrels are not shooting targets, and the NRA’s brainwashing scheme to indoctrinate children to seize guns—and then to create a spectacle of dead animals for prize money and firearms is a disastrous, convoluted idea,” said Priscilla Feral, Friends of Animals’ president, in a statement last week.

The group added that such a contest intends to “subvert a civilized human culture” and amounts to “brainwashing children to think guns are cool and that terrorizing and killing animals is a fun” activity.

At the “Squirrel Slam,” those who kill a maximum of five squirrels weighing the most will get first prize, which includes $200 and a .50 caliber Muzzleloader rifle. There is also a $50 prize for killing the largest single squirrel in the hunt.

There are also gun and cash prizes for those who get the second and third places. The guns being handed out for first and second places are an AR-22 semiautomatic rifle and a Mossberg 835 shotgun. Those who get the fourth and fifth places will receive firearms as well, including a Remington Model 870 shotgun and a Henry Lever Action Rifle.